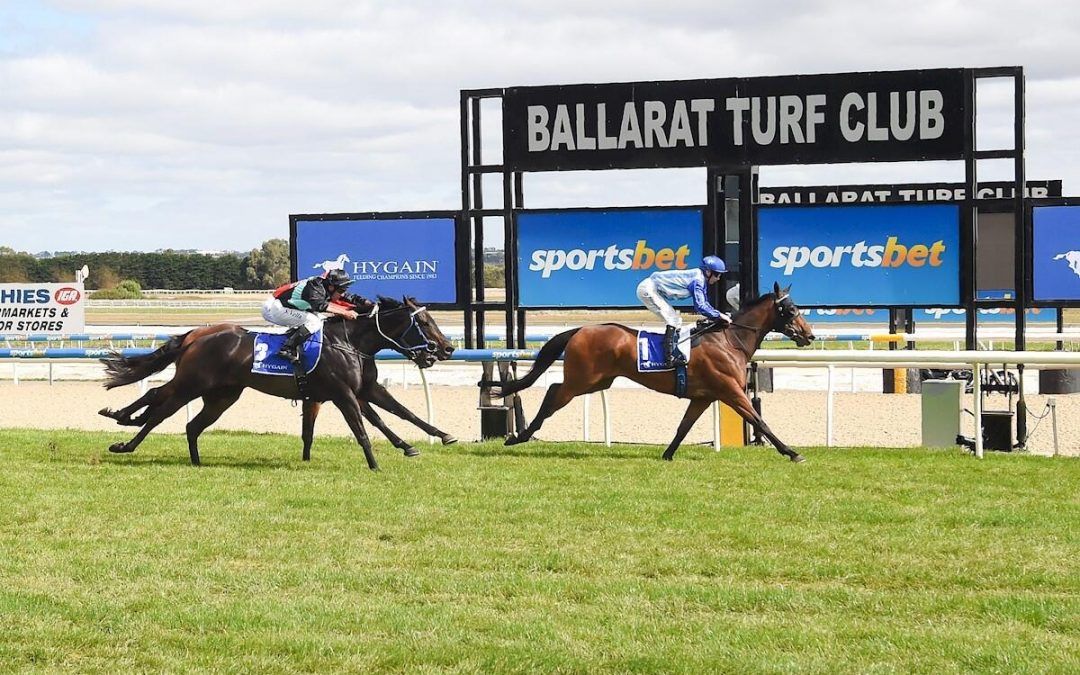 Hardy sprinter Humzz underlined his liking for Ballarat when he led all the way to keep his unbeaten record on the track intact on Tuesday.

The Moshe five-year-old posted his seventh career win taking out the Hygain Winner’s Choice BM70 (1100m) just two starts after winning his only other start at Ballarat over 1000 metres a month ago.

The victory took his career earnings to more than $200,000 and also brought him into line with the win record of his older brother Aluf who won seven races before recently leaving the stable to continue his career in Queensland.

“Both horses have been fantastic horses for the owners and the stable,” trainer Jamie Edwards said.

Humzz’s Ballarat win was only his second victory beyond 1000 metres with his other being his maiden over 1200 metres in December 2018.

Jamie said the spacious Ballarat track suited Humzz and that it was a joy to a see him get an easy lead over 1100 metres.

“When they left him alone in front like they did it was good to watch,” Jamie said.

“When he can get a breather like that from the half mile to the top of the straight he is always going to be hard to catch.”

Jamie excused Humzz’s previous start when he found them too nippy for him over 955m around Moonee Valley.

“It was third attempt over that trip at The Valley and he just isn’t suited on those little tight tracks when there is a lot of pressure.”

Humzz is owned is similar interests to Aluf and the connections also have a half-brother Silkihim out of Cazzuma who has so far produced six individual winners.