Humzz brings up his 3rd win for season 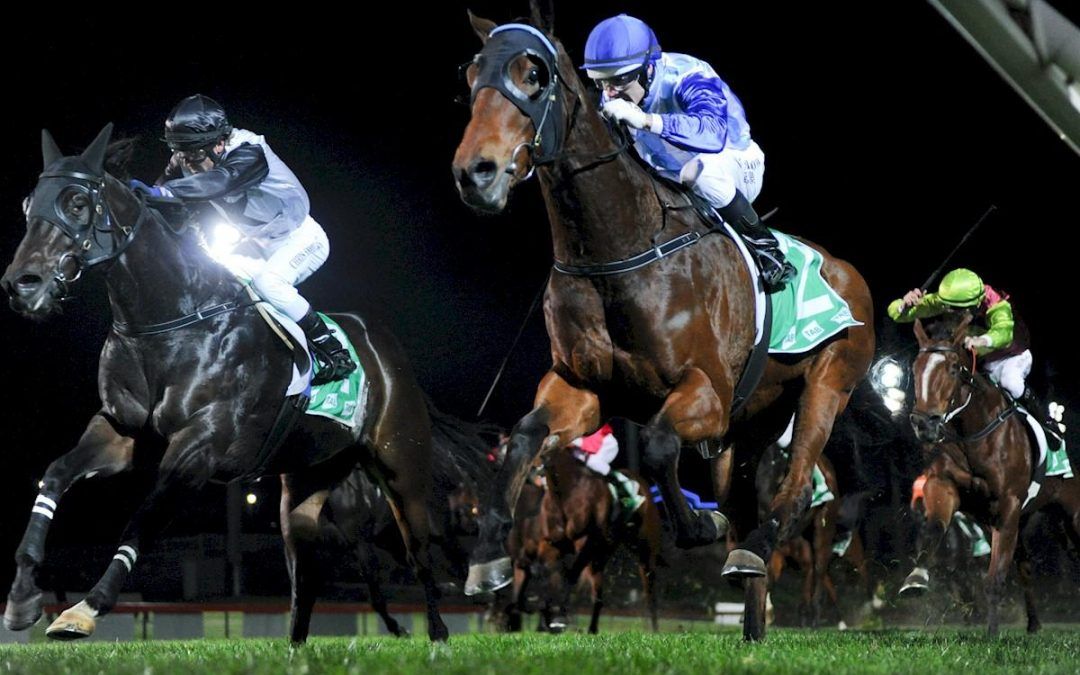 In-form sprinter Humzz posted his third win for the season with a tenacious victory in the Mercedes-Benz Mornington BM64 Hcp (1000m) at Cranbourne on Friday night.

Humzz responded strongly to jockey Noel Callow’s vigorous riding to hold off a fearsome late challenge Saorsa to score by a head.

Noel said he feared Saorsa would beat him half-way up the straight but Humzz dug deep under pressure.

“The second horse had us cold but my bloke kept sticking his head out,” Noel said.

Trainer Jamie Edwards said it was a good tough win from Humzz who has won two of four starts this preparation.

“Humzz is racing very well and the Cranbourne race mapped out perfectly for him,” Jamie said.

“We got the sit behind Captain Crackerjack who was always going to lead and the gap came for Humzz on the turn.”

The son of Moshe who was $4 favourite hit the front passing the 200 metres.

Noel Callow is enjoying a good association with Humzz who he has partnered at his last three starts.

“He probably should have won his last three starts but it didn’t work out for him last start at Sale when he made a wide run,” trainer Jamie Edwards said.

Humzz first win of the season was on the synthetic track at Pakenham in August.