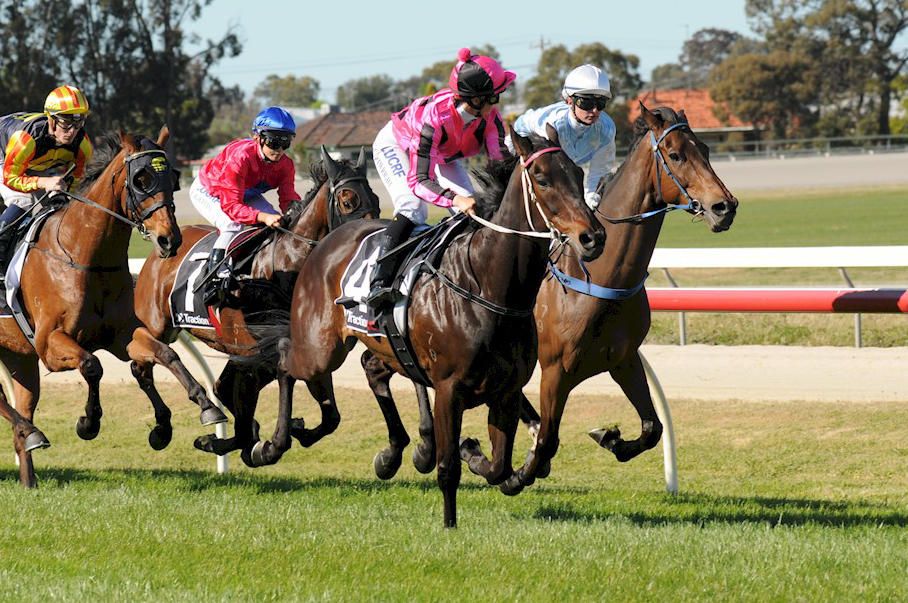 Veteran galloper Severn Road, who was winless for nearly three years, posted his second win in a month when he led all the way at Horsham on Friday.

Perfectly rated by stable apprentice Georgie Cartwright, the in-form eight-year-old controlled the Priceline Pharmacy Horsham BM64 Hcp (1800m) from the start when he went forward from the wide gate to cross and lead.

He moved out to a two-length lead at the 400 metres and charged away in the straight to win by 3-1/2 lengths from Poppiholla and Amity Val.

Trainer Jamie Edwards said he felt the tight track would suit Severn Road’s on pace racing style and he told Georgie race morning that he expected the horse to win.

“Jamie was really confident and said to me ‘you will win today’ so the pressure was on to get the job done,” Georgie said.

“He got a firm track which suits him and he travelled really well.”

Severn Road won the Traralgon Cup in November 2013 and Georgie has been a big part of his recent form resurgence.

The 23-year-old was on board when he broke his 1033-day losing run with a victory at Geelong on October 7 and again when he was bloused at Echuca before bouncing back to win at Horsham.

Owned by Jamie’s wife Janet, the gelding is a stable favourite and has won eight of his 53 starts and $165,260 in stakes.

“Georgie rides him well and her claim has certainly helped him,” Jamie said.

“He is really a dry track horse and is well suited at around 1800m to 2000m in these benchmark races at this stage of his career.”