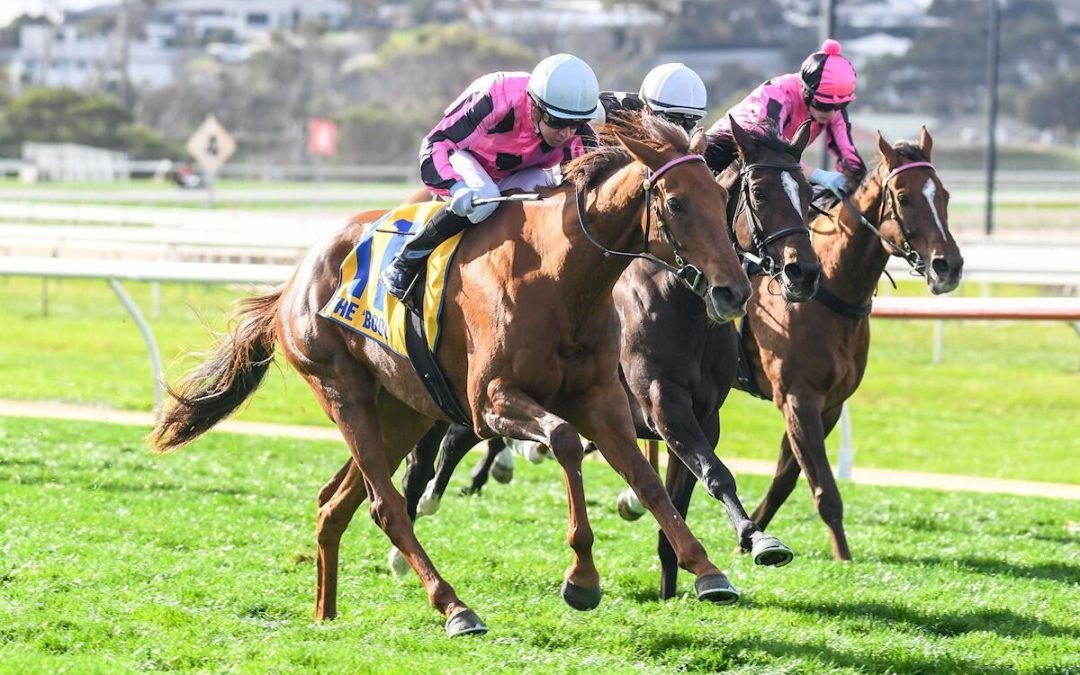 Veteran mare Young Hostess has hit a purple patch of form and boosted her career earnings to nearly $300,000 with an emphatic win on the first day of the prestigious Warrnambool carnival on Tuesday.

The eight-year-old was an easy last start winner at Geelong and was just an impressive in the Mercedes-Benz Vobis Gold BM70 Hcp (2350m) with jockey Daniel Moor easing her down to score by 1-3/4 lengths from Adaleene and stablemate Prince Ziggy.

Trainer Jamie Edwards was understandably chuffed with both Young Hostess and Prince Ziggy who both ran terrific races at a carnival where it is notoriously tough to win.

“We had this race in mind for “Ziggy” for a while and we thought we would throw Young Hostess in after she won so easily at Geelong last start,” Jamie said.

He said it was a daunting task taking on the bigger stables which specifically target the carnival but the stablemates were in top order.

“I reckon our last winner at the carnival must have been 15 years ago but we don’t have many runners at it because it is so tough,” Jamie said.

“You are sort of kidding ourselves taking on the big stables like Symon Wilde and Ciaron Maher but we were happy to roll the dice with Young Hostess ($20) and Prince Ziggy ($31) and they ran super.”

Stable apprentice Maddi Price gave Prince Ziggy the perfect run in third place on the rail and when he hit the front at the top of the straight it looked like being his day.

However Young Hostess was quick to challenge, much to the surprise of his jockey Daniel Moor who had wondered early in the race if she would even be competitive.

“She didn’t travel at all early but at the 1000 metres she came back into my hands and she towed me right into it,” Daniel said.

Young Hostess was 10 lengths off the lead but quickly made ground along the rails from worse than midfield before angling out and threatening four-wide on the turn.

“She went through runners like she was Bernborough,” Moor said.

Approaching the 100 metres the chestnut surged to the lead and Daniel eased her down for a “a soft win”.