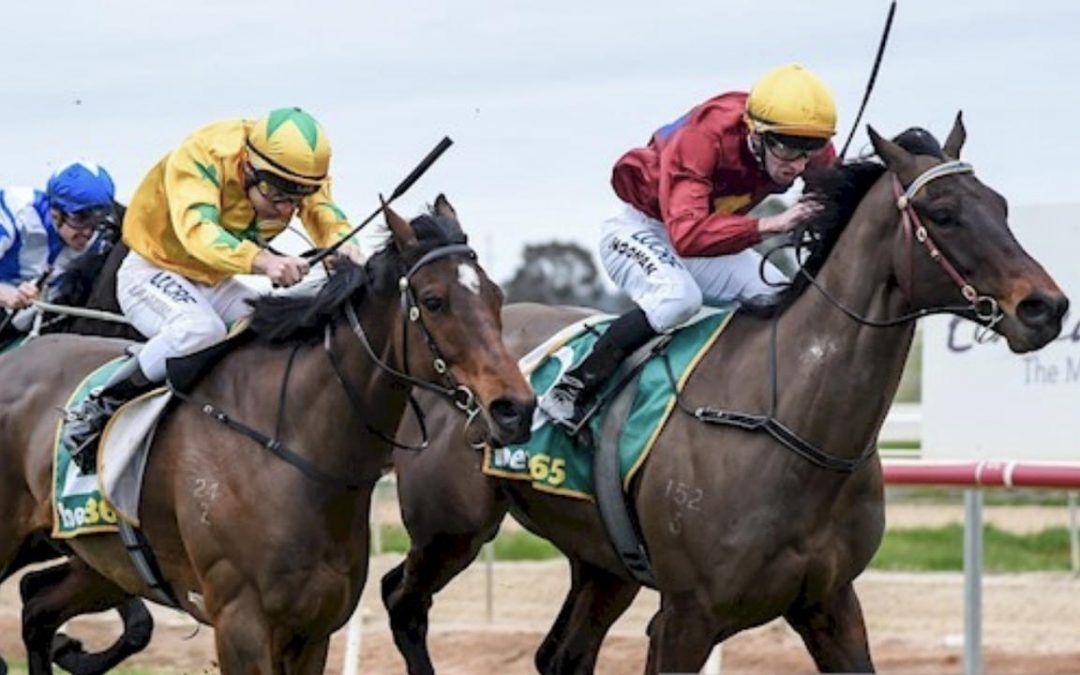 Trainer Jamie Edwards couldn’t hide his enthusiasm for the chances of Honeywine as he legged up Jake Noonan on the five-year-old at Echuca on Thursday.

A brilliant track gallop at Emsley Lodge during the week had Jaimie brimming with confidence as he proceeded to tell Jake that the son of Street Cry would win.

“Horses don’t work like he did through the week and get beaten,” Jamie said.

“I could not possibly have been more confident.”

If jockeys could bet, then no doubt after listening to Jamie, Jake would have made a dash to betting the ring to get a share of action.

“The way Jamie was talking I thought the horse would have been backed into ‘Winx’ odds,” Jake said.

Instead, Honeywine was a significant market drifter from $8 and $13 after finishing out of place on the Ballarat synthetic at his previous start.

Buoyed by Jamie’s optimism, Jake gave Honeywine the perfect run behind the leader, peeled out in the straight hitting the front passing the 150m.

But It’s True made a race of it over the last 100 metres but Honeywine found under pressure to score a head victory in the Bet365 Official Price Guarantee BM70 Hcp (1300m).

“Thank God he won because I was running out of options with him,” Jamie said.

“We have tried a few different things just trying to work him and I think training him so he’s really fresh and aggressive for these shorter races is the trick to him”.

Honeywine was purchased from Godolphin as a maiden winner and among a band horses owner, Brian O’Dwyer has with Emsley Lodge.

As a three-year-old Honeywine was beaten in a photo finish in the Group 3 Gloaming Stakes before joining Emsley Lodge and winning a Class 1 field at Benalla in October.

“He has always shown he is capable of much better and we’re looking forward to him progressing from here,” Jamie said.