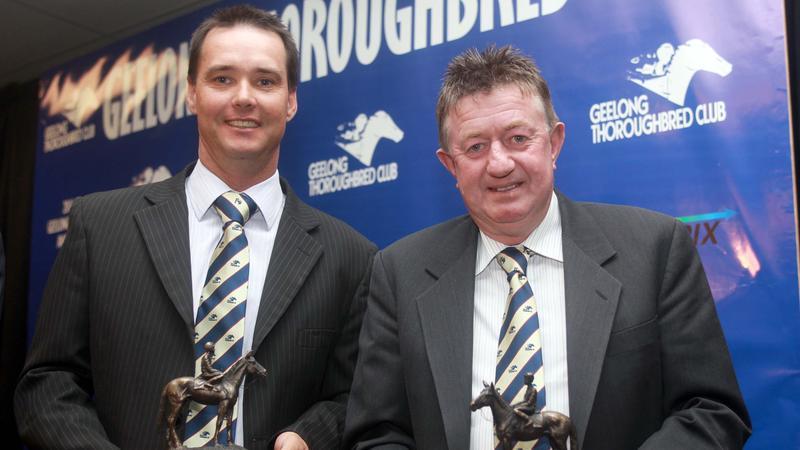 BRUCE Elkington today announced his retirement from his training partnership with Jamie Edwards, effective at the end of the current racing season.

Bruce’s partnership with Jamie Edwards “Edwards – Elkington”, commenced in 2007 and at that time was the first training partnership licence granted to non-related persons in Victoria.

In making the announcement, Bruce reflected on a long career in the racehorse training industry dating back nearly 50 years, having started with his father “Meggs” Elkington at the age of 15 in 1968.

“It has been a long road with some great highlights but some equally tough times” Bruce said.

Bruce trained some elite gallopers including 1982 Turnbull Stakes Birchwood who finished second to Brewery Boy in the 1981 Victoria Derby after winning the Geelong Derby Trial Stakes.

Bow Mistress was his best sprinter and she won the 1984 Group Two Liston Stakes and placed in the 1985 Group One Oakleigh Plate.

For many years Bruce trained side by side with his late father Meggs and assisted in the Group One success of a number of horses.

Among them was 1988 Caulfield Guineas winner Vitalic, who was placed another six times at Group One level, 1988 SA Derby winner Celtic Spirit and 1981 Australian Derby winner Venus And Mars who also placed in the 1981 Victoria Derby.

While Bruce looks back with satisfaction at the success he has enjoyed as a racehorse trainer, he feels the time is now right for him to slow down and seek other opportunities in the racing industry.

“I have enjoyed my time working with Jamie, especially the success brought to the partnership by our top class galloper Sertorius”, Bruce said.

He said many of his long-time clients would continue to race horses with Jamie.

“My departure from the partnership has been amicable and I wish Jamie and all of our owners all the very best for the future”.