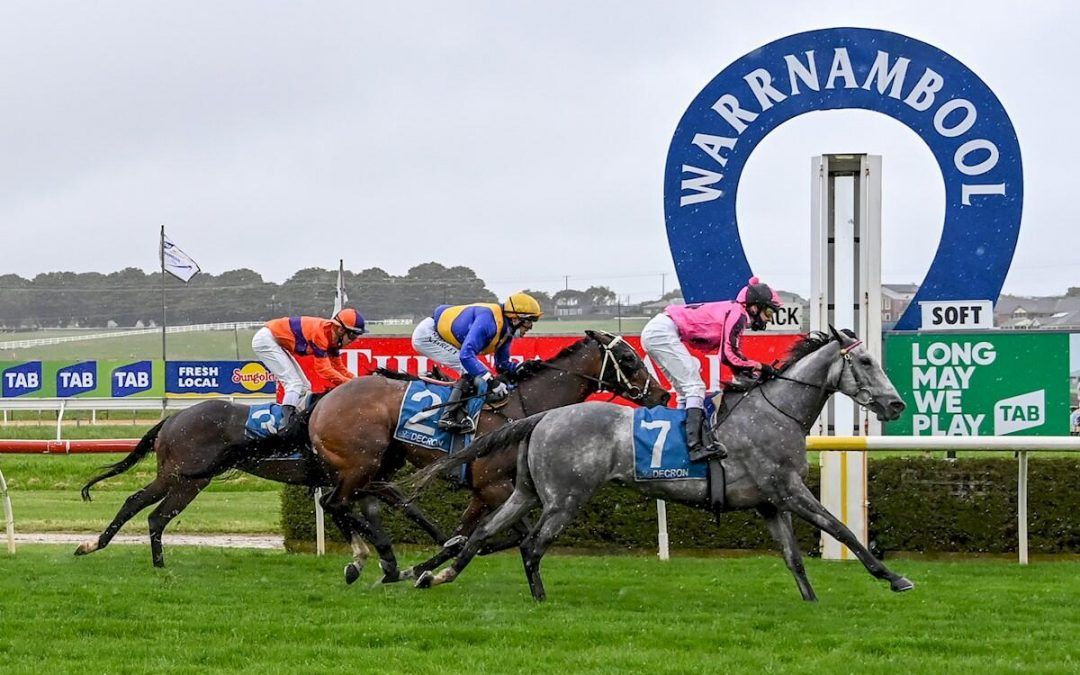 Promising mare Grandma Gail looks to have a bright future after Michael Rodd delivered a gun ride on the mare to score a strong win at Warrnambool on Thursday.

Having only her third race start, the five-year-old appreciated the rain-affected track and a shorter race distance to land the Fresh Finish Master Painting Maiden (1200m).

Trainer Jamie Edwards said Grandma Gail would potentially be at her best over 1600 metres but she wasn’t experienced enough to handle the rise to 1400 metres at Echuca last start.

“It was trainer error,” Jamie confessed.

“She went great at her first start when second over 1200 metres at Warrnambool on a wet track but was too keen early at Echuca and couldn’t finish off.

“The plan today was to ride her off the pace and have her hitting the line and as expected she raced in a three-wide line with cover.”

Grandma Gail looked as if she would win easily at the top of the straight when she loomed up four-wide to the leaders but it wasn’t until Rodd used the whip at the 150 metres that she put the race away.

Backed from $4 to $3.30 Grandma Gail was the dominant favourite and scored by nearly a length from Kardinia and the leader Let’s Atom.

The victory was Emsley Lodge’s third winner in two days after a scoring a double with Flat Kapper and Kawabata at Hamilton on Wednesday.

Grandma Gail inherits her grey coat from her Group One-winning sire Glass Harmonium while her dam Windarra Place was a six-time winner.

Jamie said that is was encouraging to see Grandma Gail performing so well at this stage.

“She’s still got a bit to learn and with racing she’s really going to improve a lot,” he said.