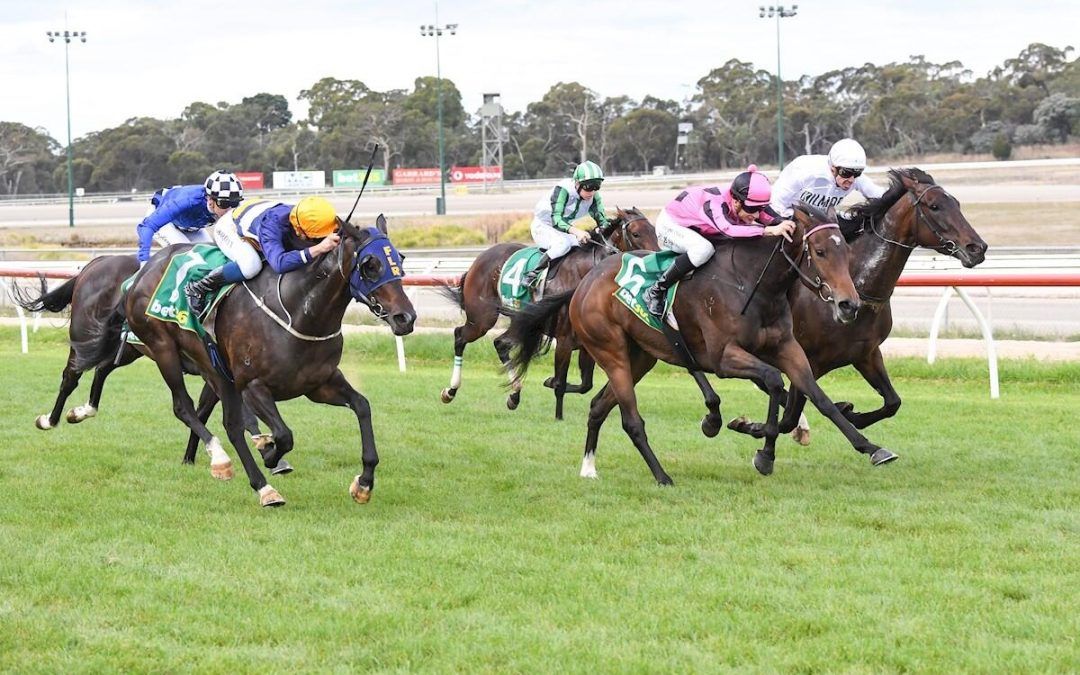 Trainer Jamie Edwards decision to roll the dice one more time with Grable this campaign paid dividends when she led all the way to score at Kilmore on Thursday.

Jamie said he feared the four-year-old might have needed a break after her last start second at Kyneton but buoyed by her trackwork and appetite decided to give her extra run in the bet365 Odds Drift Protector Class 2 Hcp (1450m).

“I thought she may have trained off a bit after her Kyneton but she kept working well and eating well so we gave her one more run and she’s put her head in front,” Jamie said.

Grable is a half-sister to stable star Prince Ziggy and many of the owners are partners in both horses.

“There’s not much of her but she’s won more races than most and has done a good job,” Jamie said.

“She will probably go for a holiday now, maybe a month, and might make a nice winter horse.”

Jockey Zac Spain who finished second on Grable last start was again in the saddle at Kilmore and took up the running early on the mare who was backed from $7 to $4.80.

“The trick is to keep her happy in the run and get her in to a good rhythm,” Zac said.

He said she came off the bridle at the top of the straight but kicked strongly when Baron of Bedform loomed alongside her.

“She really picked up and stuck on strongly,” Zac said.

Entitled Princess ($7) came with a late burst along the inside but failed in a three-way finish to grab Grable, with Karatemiss ($4.80) just centimetres away third.