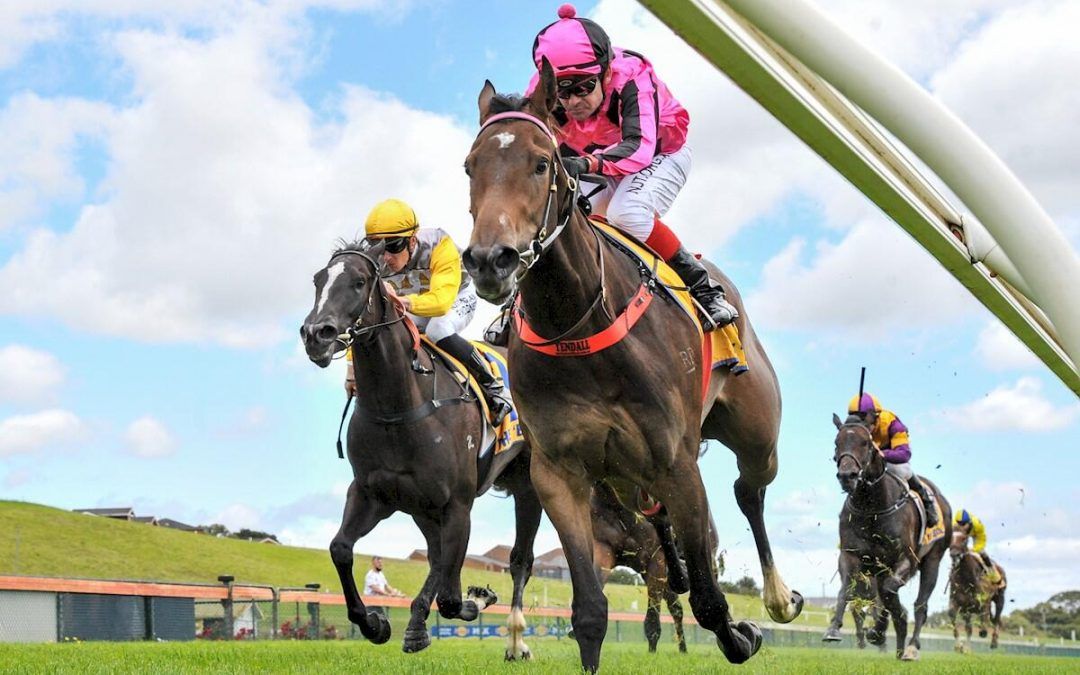 Grable put on a Hollywood style performance with an impressive debut win at Warrnambool on Friday.

Named after the legendary movie star, Betty Grable, the well-bred filly pushed hard from the outside to lead the six-horse field and was just as strong at the line taking out the Tim Boyle Panels 3YO Maiden Plate (1200m).

Trainer Jamie Edwards said it was a fantastic start to the filly’s career and he expects the daughter of Dream Ahead and Miss Cutie to prefer longer races, similar to her half-brother and stablemate Prince Ziggy, who is a three-time Cup winner Prince Ziggy.

“She went to the Warrnambool races in great condition but she is still a bit immature and is going to be a better later on,” Jamie said.

“She will probably be a miler or mile and a quarter horse and hopefully she can carry on the family tradition.”

Prince Ziggy finished second three times before he posted his maiden win at his eighth start.

The Stony Creek, Ballan and Traralgon Cups are among his nine wins in 52 starts.

“Grable was terrific today and full credit to Dean Yendall who took the initiative with a positive ride,” Jamie said.

“I thought she would be one out and one back but Dean made an early call to press on from the outside gate which was a winning move.”

Dean Yendall said that on paper there was no real tactical speed in the race.

“She sat handy in a couple of her trials so I didn’t hesitate to press on to lead,” Dean said.

“She travelled well within in herself and when asked for an effort in the straight she was really good.”

“She has a good future as she is still green and is going to improve.”