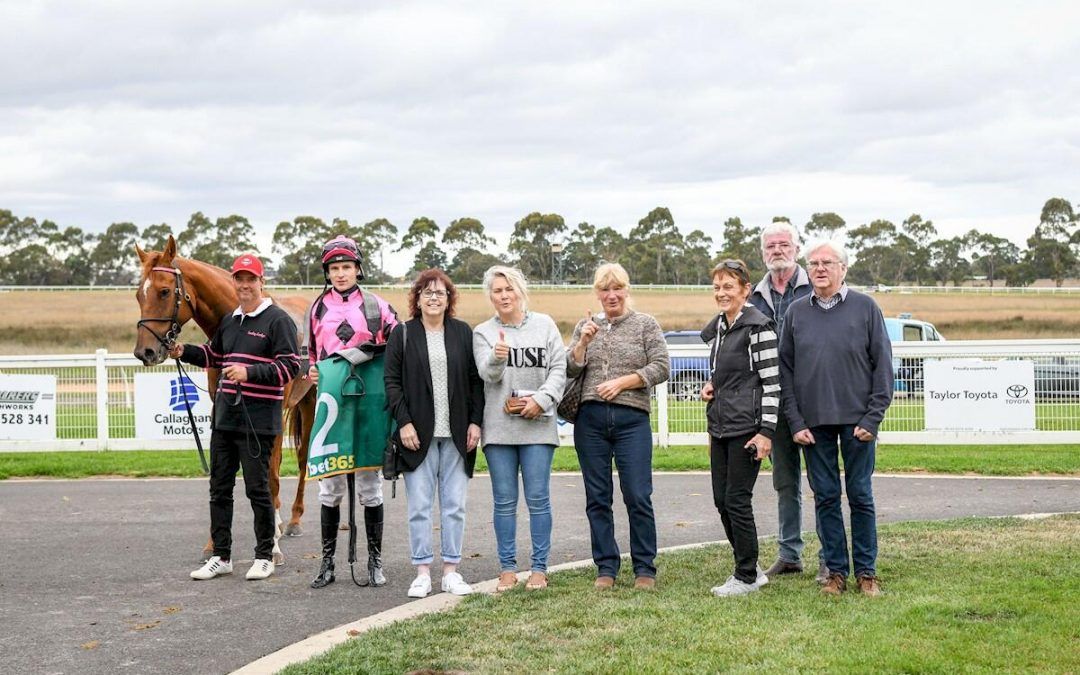 Six-year-old Foxy’s Star bounced off a luckless last start to post his first win in just over a year at Hamilton on Sunday.

Ridden by Will Gordon, the Starcraft gelding settled off the pace and under hands and heels riding gradually made ground to snatch victory in photo finish from Dothraki in the Vickery Bros 0-58 Hcp (1100m).

“I just wanted him to take nice sit off the leaders and in the straight get him into clear and let it rip without resorting to the whip,” Jamie said.

“In those tight finishes it easy to go for the whip but the horse gives his all and got the win which was great for his owners,” Jamie said.

“He’s a peculiar sort of horse as he gets his ears back and I think the harder he’s ridden the worse he goes.”

Last start Foxy’s Star finished last at Geelong on March 19 but had he not got boxed in on the rails he could easily have won.

“He had absolutely no luck in the race, never got of the bit, and was beaten just over three lengths,” Jamie said.

“No doubt he should have gone close to winning and we gave him a really good chance today.”

Despite the stable confidence, Foxy’s Star drifted from $10 to $14.

Angela Craddock, Darren and Christine Chivers, David Hanlon, Julie Houlihan, Paul Elford, Julie Baillie, Manny Sandow and Don Gould own Foxy’s Star and many of them were on track to see the win which was the gelding’s first in a handful of starts since scoring at Avoca in March last year.

“Benchmark races tend to find him out and you just have to pick your mark with him a bit.”