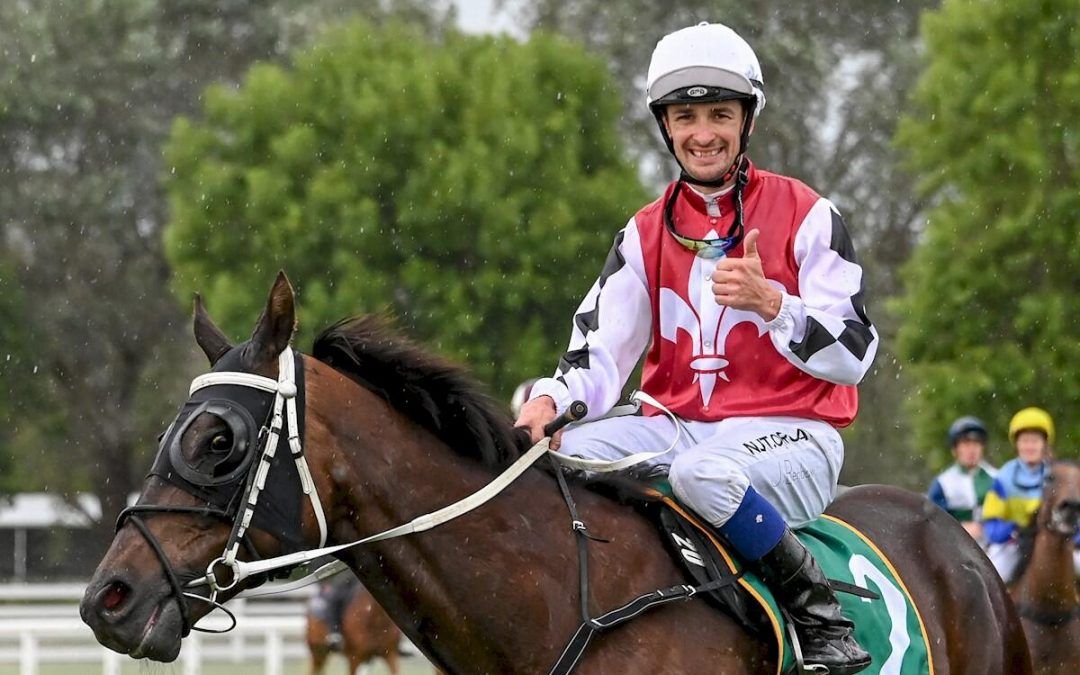 Handy stayer I Am The Fox looks set for a nice campaign after kicking off the year in style at Terang on Saturday.

The seven-year-old defied a big weight when he overcame a checkered run to score an impressive 1-1/2 lengths win over Kednelly in the Kevin Smith BM58 Memorial Hcp (1400m).

“That was a great start to the New Year,” Jamie said.

“I thought the 1400m was probably going to be a little bit short for him but he finished the race off very strongly.”

Jamie said a lot of time has been spent trying to get I Am The Fox to relax in his races which was now paying off.
“He was a little bit keen early today but he soon got into a nice rhythm back in the field and quickly made ground along the rails on the turn.”

His acceleration surprised jockey Jason Benbow who had to check him off heels approaching the 200 metres before switching to inside where he dashed through a gap and quickly had the race won.

“He looked in trouble when he was blocked for a run with 63kg on his back but fortunately the rails run came and he won really well.
Jamie said that I Am The Fox’s would improve as his race distance got longer.

“When he got to a staying trip last preparation he was very, very good so I think there is plenty to look forward to in the next couple of months.”