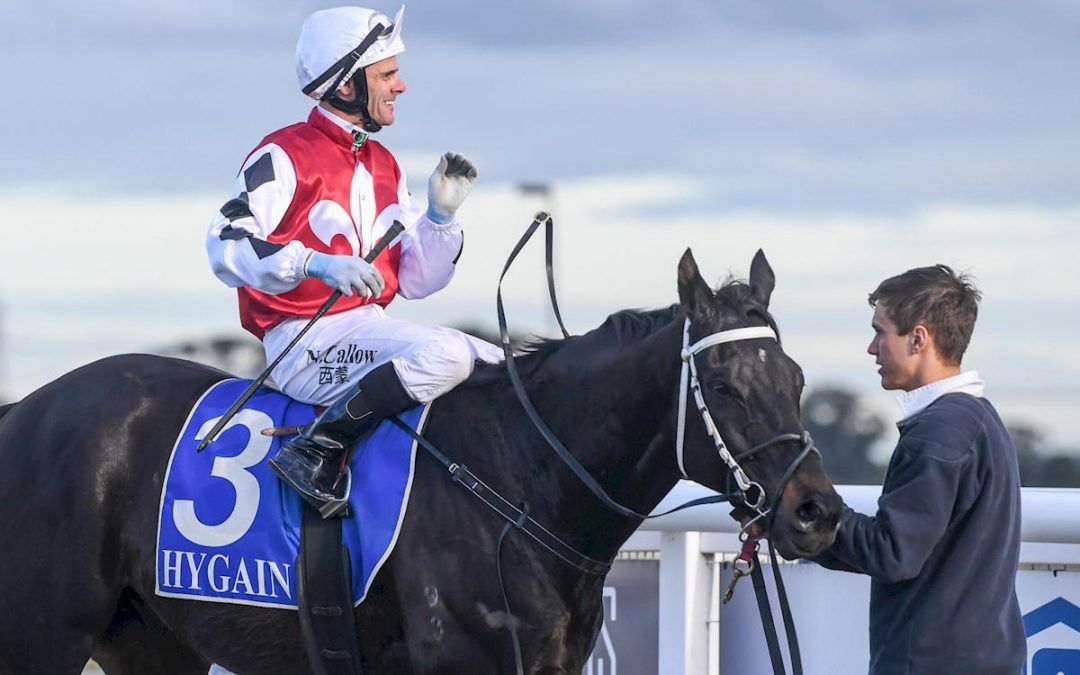 Six-year-old I Am The Fox looks to have found his niche as a stayer after powering away to an easy win over 2200 metres at Pakenham on Tuesday.

The lovely brown gelding has stepped in distance this campaign and was dominant beating Pachino Boy by 4-3/4 lengths in the Superior Food Services BM58 Hcp.

I Am The Fox was having his fourth run since arriving at Emsley Lodge earlier this year and confirmed he would stay when finishing a close fifth off a tough run in his first test over 2000 metres at Donald on June 5.

“It was frustrating to watch him at Donald where he -had no luck for the for the first half of the race but he still stuck on well to the line in open class 64 class,” trainer Jamie Edwards said.

“Dropping back to BM58 grade was perfect for him and Noel Callow gave him a great ride.”

I Am The Fox had a good trail three lengths off the pace and hit the front into the straight passing the 400 metres.

He was 2-1/2 lengths clear when race caller Terry Bailey declared he was “home and hosed” at the 200 metres and he continued to extend his lead to the line.

I Am The Fox was racing for the first time on a synthetic track which adds to the gelding’s options during the winter.

“He’s pretty adaptable as he has shown he can now handle all tracks and conditions,” Jamie said.