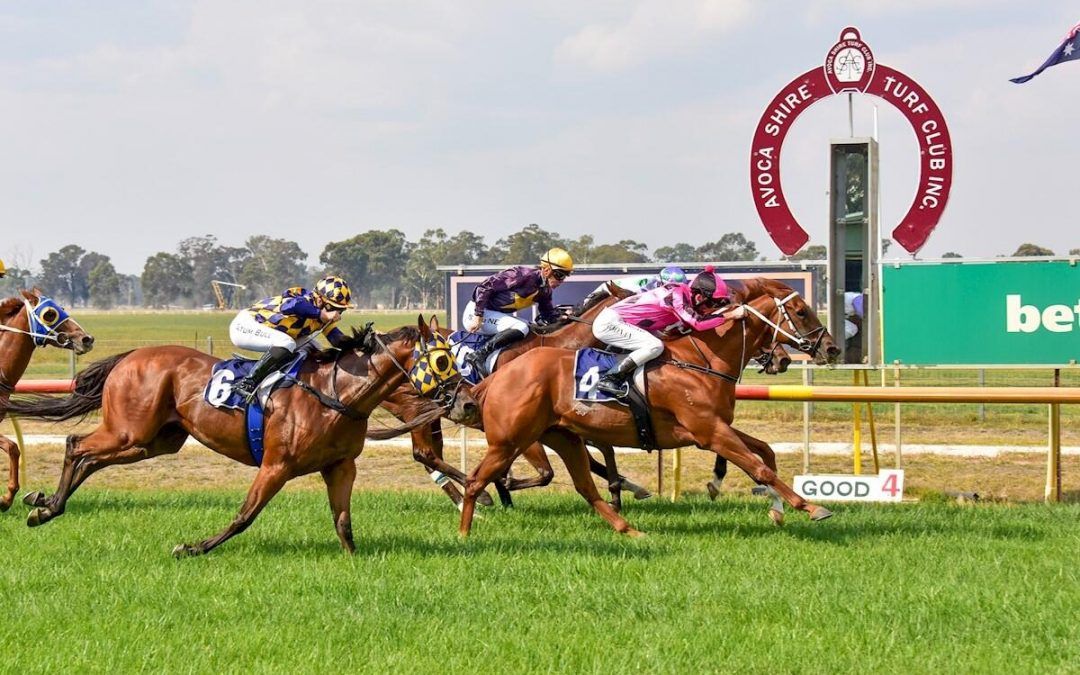 Five-year-old Foxy’s Star has made a brilliant debut for Emsley Lodge charging home to win at Avoca.

The gelding overcame a tricky position in running but found a gap through the field to land Saturday’s TB White and Sons 0-58 Hcp (1100m).

“He drew barrier one, but it was always our intention to ride him back which really meant he needed to get a lot of luck and fortunately the cards fell his way,” trainer Jamie Edwards said.

“I think riding him back and letting run home suits him best as I remember him one day against Aluf in a race at Warrnambool getting back a long way and rocketing home.

“My biggest concern at Avoca was that he would get held up behind weakening horses, but he travelled well and when he got the split at top the straight, he really hit the line strongly.”

Foxy’s Star won three of his first 11 starts including his race debut by more than two lengths but was unable to recapture his best form at his next 11 starts before transferring to Emsley Lodge.

Jamie said Foxy’s Star has thrived in his new relaxed country surroundings away from racetracks.

“Sometimes horses come here and they jump out of the ground and he seems to be one of them,” Jamie said.

The son of Starcraft has at various times in the past raced with winkers or a tongue tie and on Saturday his blinkers were replaced with a cross-over noseband and he dropped back in distance.

“Keeping him to the short distances and letting unwind his strong finishing run looks to be his go,” Jamie said.

“He’s going have good luck and bad luck in his races, but I couldn’t be happier with him.”