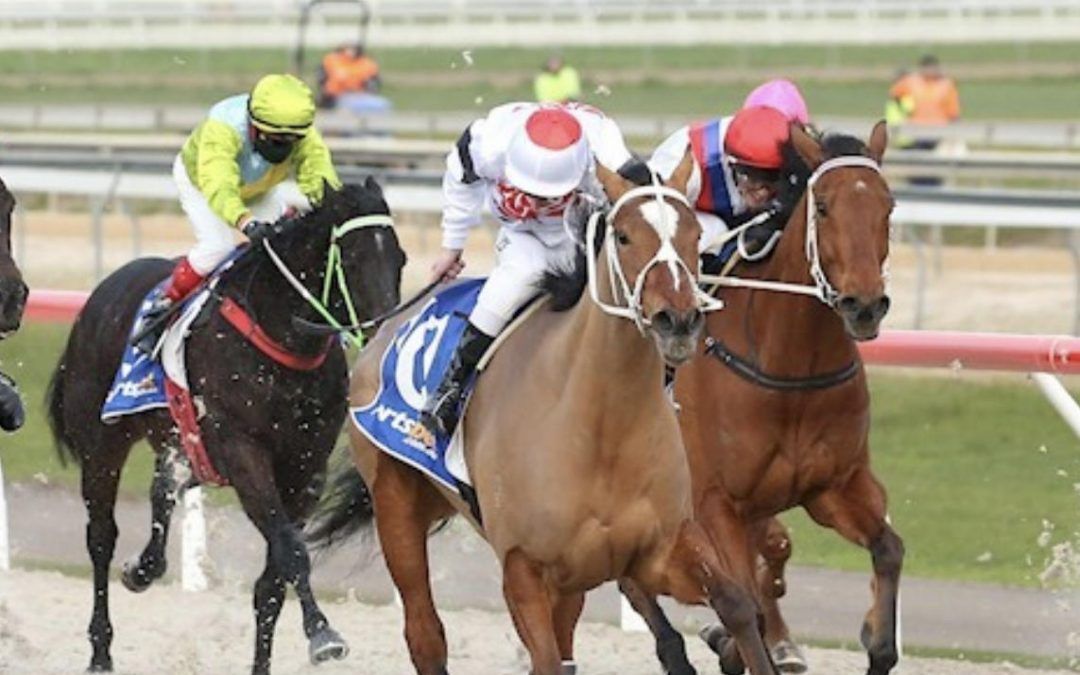 Jamie said the daughter of Helmet had a “tricky’ foot and waited until the last moment to replace her protective bar shoes with racing plates before heading off the races.

“This filly has a pretty average foot and without really good farrier she probably wouldn’t get to the races.”

Fortune Rose was a pick-up ride for Jamie Mott who brought his 100th winner for the season on the filly after Dylan Dunn was indisposed.

She was the third winner in five days for Emsley Lodge which has a record-breaking 44 win season and just missed a 45th win with its last runner One Penny Red who was second in the following race.

A large band of owners were on track to watch Fortune Rose and Jamie Mott could hear them cheer excitedly as she hit the front in the closing stages.

“I could definitely hear them roaring,” Mott said. “I think she is in for a good preparation.”

“I could feel the second horse coming after her, but she was solid to the line.”

After beginning well in the Sportsbet – Grubs On Tour BM58(1200m), Fortune Rose found a nice spot in fifth place before making her move from the 500 metres

She straightened up in the middle of the track, launching strongly at the leader Theodolite and taking a clear lead with 60 metres to go.

Urban Lumberjack was a fast-finishing second, nearly a length away, with Theodolite holding on to third.

Jamie expects that Fortune Rose will benefit from the run as she had not been primed with any trials prior to resuming.

“She’s a well above average filly and is much more mature than last campaign when she won her maiden,” Jamie said.

“I think she can be a handy miler.”