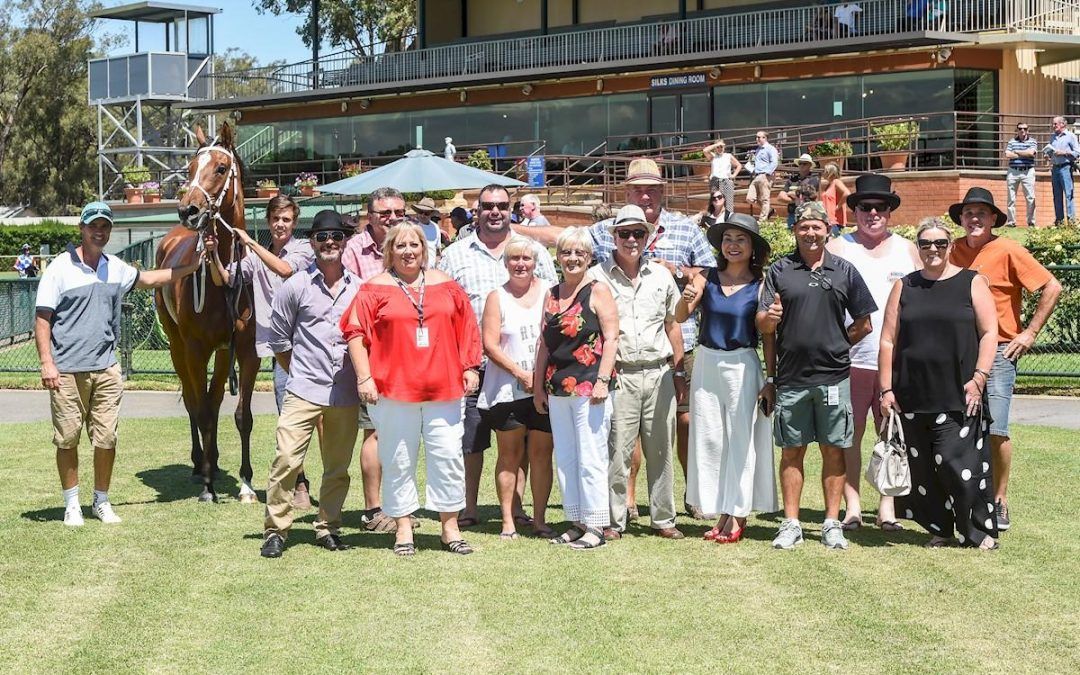 Trainer Jamie Edwards has long declared lightly-raced three-year-old Fortune Rose his favourite horse at Emsley Lodge and the three-year-old repaid the love with a tenacious maiden win at Bendigo today.

The daughter of Helmet was posted three-wide and over-raced but her class shone through as she fought off Queen Guinevere for a half-neck win in the Race Services F&M Maiden Plate (1300m).

Jamie said he had “It is no secret around the stable she is my favourite,” Jamie said. “I reckon she’s an absolute ripper.”

“She’s a filly going places but she is still six months away.”

Fortune Rose raced once as a late two-year-old and was second up at Bendigo after finishing a five-length fourth at Benalla on January 20.

Jamie admitted the wide barrier at Bendigo was concerning but Dylan Dunn rode her superbly under difficult circumstances, with her keen to go faster racing three lengths off the lead.

“She still does so much wrong,” Jamie said.

“She drew the widest barrier, over-raced early and deserved to knock up late but she put her head out and had a real crack.”

A large band of owners were on track to see the win and Jamie praised them for their patience with the filly who missed the spring last year.

“She probably could have had more race starts but they’ve let me take her along pretty slowly.

“We probably treaded water a little bit with her just to make sure she knew what she was doing.”

Dylan Dunn declared Fortune Rose a city class filly and can’t wait to see what she can do over more ground.

“I’d like to see her go to town pretty soon.”’ Dylan said.

“She is still “pretty raw” but today when she hit the front (at the 100m) she dug deep when the other horse came up to her,” Dylan said.