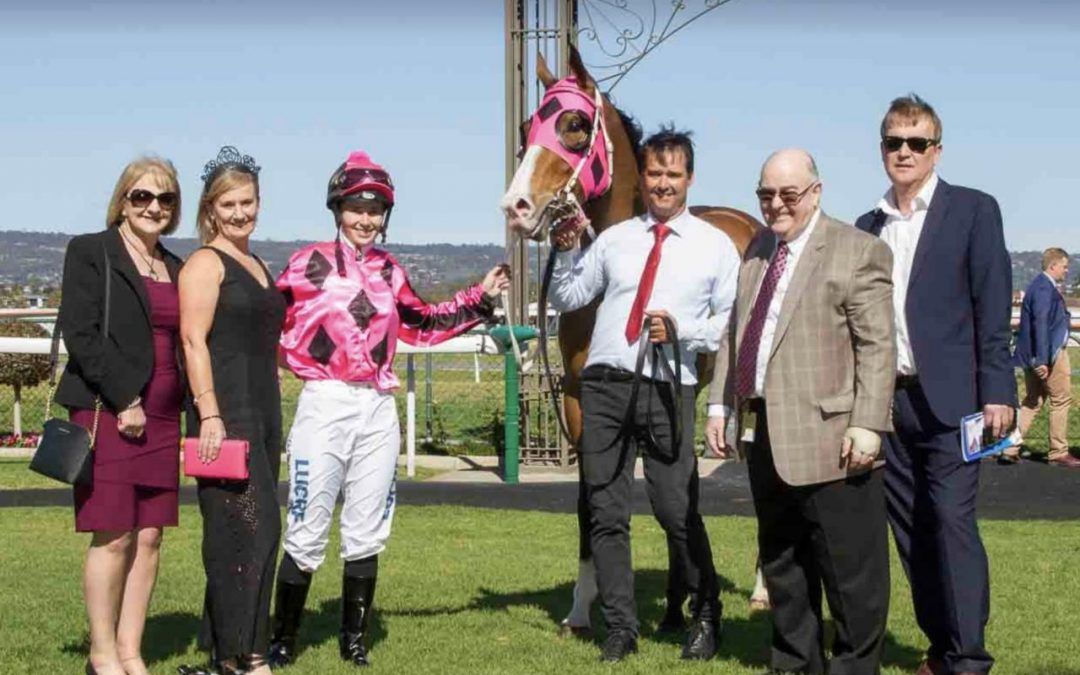 Dashing mare Fill The Flute looks set for an exciting spring after posting her first city win with a successful hit and run raid at Morphettville on Saturday.

The four-year-old, who won first-up by 5.5 lengths at Geelong two weeks earlier, was just as impressive bursting from the gates to land on the speed, absorb the pressure and boot away to a 2.5 length victory in the appropriately named Dominant BM64 Hcp (1100m).

Georgie said she had hoped to cross the field and lead and the task was made easy with Fill The Flute’s early speed.

“Even though they put a bit of pressure on her in the lead, she was really strong.”

Trainer Jamie Edwards said the Adelaide race was an opportunity to raise the bar for Fill The Flute before taking her to Moonee Valley for a 1000m mares sprint under lights at Moonee Valley.

“There’s an ideal race for her there in two weeks and it was either go a month between runs or go somewhere in between … and I thought this was an ideal chance to give her a crack at a metro race,” Jamie said.

Fill The Flute has won three of her seven starts but is noticeably stronger than last campaign when she won her race debut at Camperdown before beaten five lengths finishing fifth at the Valley at her second start in February.

“She’s flying at the moment and is more mature now,” Jamie said.

“We’ll take her back to the Valley and she should be really competitive.”