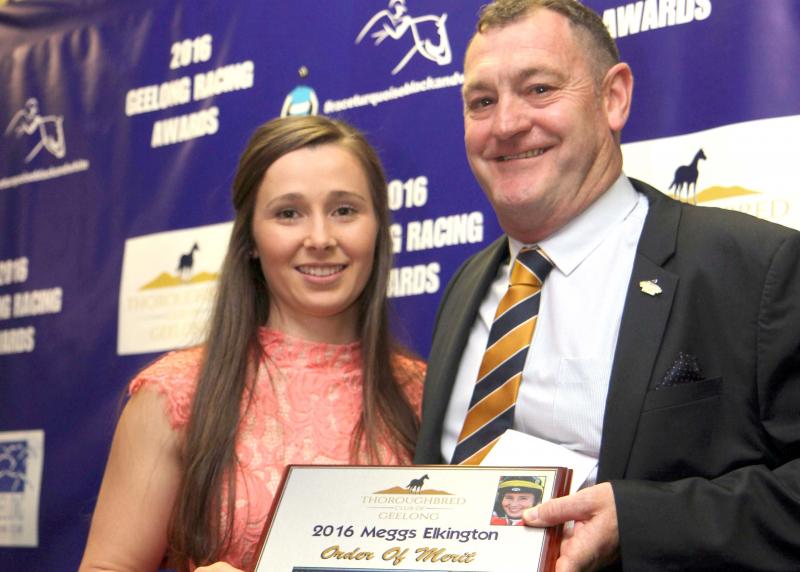 Stable apprentice Georgie Cartwright was a popular winner of the Meggs Elkington Order of Merit and Jamie Edwards was recognised as Geelong’s premier trainer at Saturday night’s Geelong Racing Awards.

Georgie, who only had her first race ride in late December, rode 19 winners last season and notably built a reputation for booting home long shots including her first winner Rose of Taxes at ($41).

Kartem Around Boy, which paid more than $100, and Rinaldo ($81) were among other big-priced winners for Georgie.

It has been a big year for the 23-year-old who a few months ago was also awarded the Wakeful Club’s Apprentice Jockey Training Program Scholarship.

Georgie is the older sister of former Emsley Lodge apprentice Josh who is also a past recipient of the Order of Merit.

Earlier in the night, Jamie picked up his 10th Fred Laherty Trophy as Geelong’s premier trainer.

“Bruce went a retired on at the end of the 2014-15 season so it has been a good result for us to regroup and win this award again,” Jamie said.