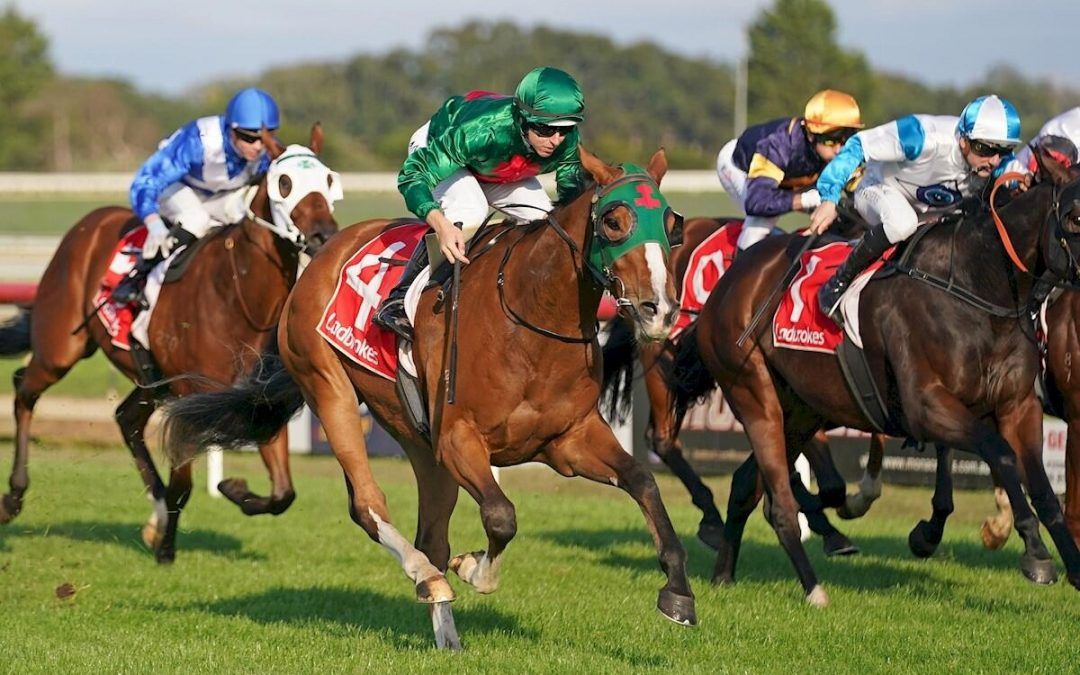 Exciting young stayer Miletus ramped up his preparation towards next month’s SA Derby with an emphatic win at Sale on Wednesday.

Second-up from a spell the three-year-old made it look easy as he coasted home 1-1/2 lengths ahead of He’s The Real Deel and the stakes-performed Bak Da Man in the Carlton Dry BM64 Hcp (1728m).

Miletus has won two of his six starts and flagged his Derby hopes with a seven-length maiden win over 2200m at Sale at only his fourth starts in December last year.

At the time the Tasmanian Derby was an option but trainer Jamie Edwards chose to give him a break and head to the Adelaide feature on May 8.

“I think we have the timing right if he’s good enough,” Jamie said.

“He looks a nice stayer in the making and he’s building up nicely.

“We spelled him after his easy Sale win to give him his chance to measure up for the SA Derby and he still has improvement to come.

“His coat hasn’t quite come through but I think we will have him where we want him in a month.

“It was a pretty soft win today and he’ll have his next start in the Chairman’s Stakes (2000m) at Morphettville on April 24 before confirming the Derby as a target.”

Miletus is a half-brother to Macrobius who trained at Emsley Lodge won eight races and more than $200,000.