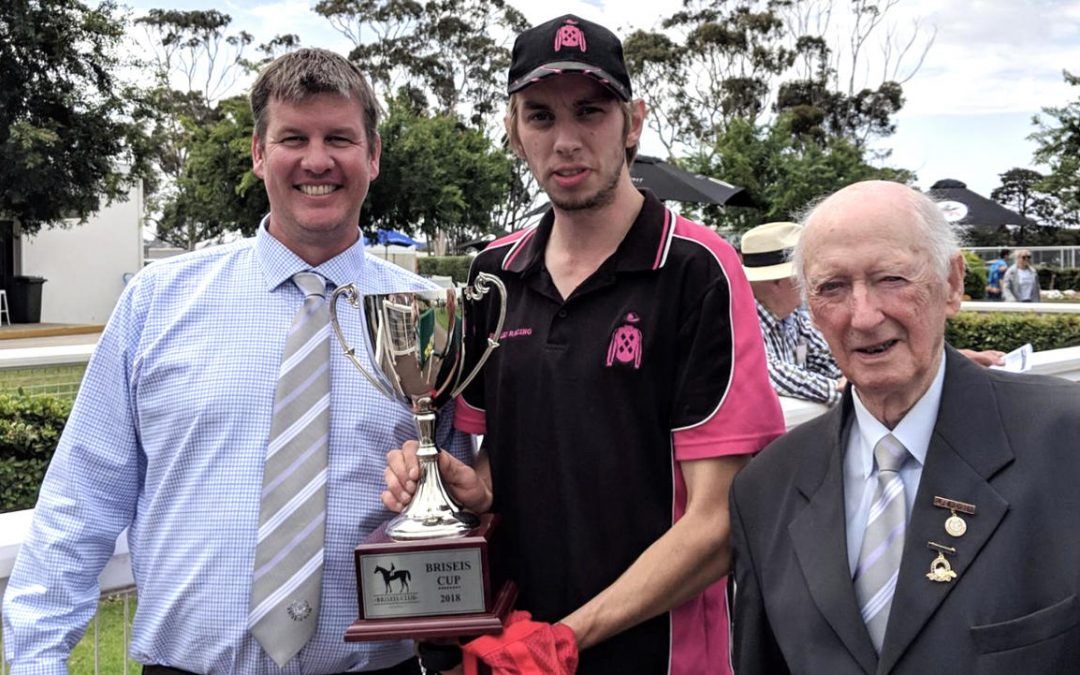 Duke of Oz relished the heavy track conditions when he charged away to win the Briseis Cup at Geelong on Saturday.

The seven-year-old had won twice on soft 7 tracks in New Zealand but had only seen a heavy track once since joining Emsley Lodge just over a year ago.

“We had been hoping to win some winter races with the horse, but he only saw a heavy track once when resuming in an unsuitable race.

“Clearly, he loves wet tracks but and we can only hope that there is more rain about for him in the coming weeks.”

Duke of Oz settled third last and was 10 lengths off the lead at 800m but had the race won on the home turn when he made a sweeping run around the field.

He straightened up outside the middle of the track in the better going and quickly opened up a three-length break after sprinting to the lead near the 250 metres.

Jockey Dylan Dunn had a long look over his shoulder when five lengths in front at the 100 metres and held that margin when eased down to beat Teosinte and Assertive Star.

Jamie said he was particularly grateful for the patience of Duke of Oz’s owners led by Guy Lamperd who were no doubt frustrated the son of Bachelor Duke had promised to win after finishing second twice, third twice, a fourth and two fifths from his previous 13 runs for Emsley Lodge.

“I really felt for Guy and the other owners and it’s a nice reward for them to now have a Cup for the mantlepiece,” Jamie said.

Jamie is a member of the Briseis Club which made the win even more special as the sportsmen’s club sponsors the Briseis Cup.

The Briseis Cup was once a premier race in Geelong, but its grading has fallen away in recent times and on Saturday was advertised as a 0-58 class event which fitted Duke of Oz’s profile perfectly over 2200m.

“Duke of Oz has been racing well lately and this was the right race for him,” Jamie said.

He said mid-week city targets were now on the agenda for Duke of Oz.