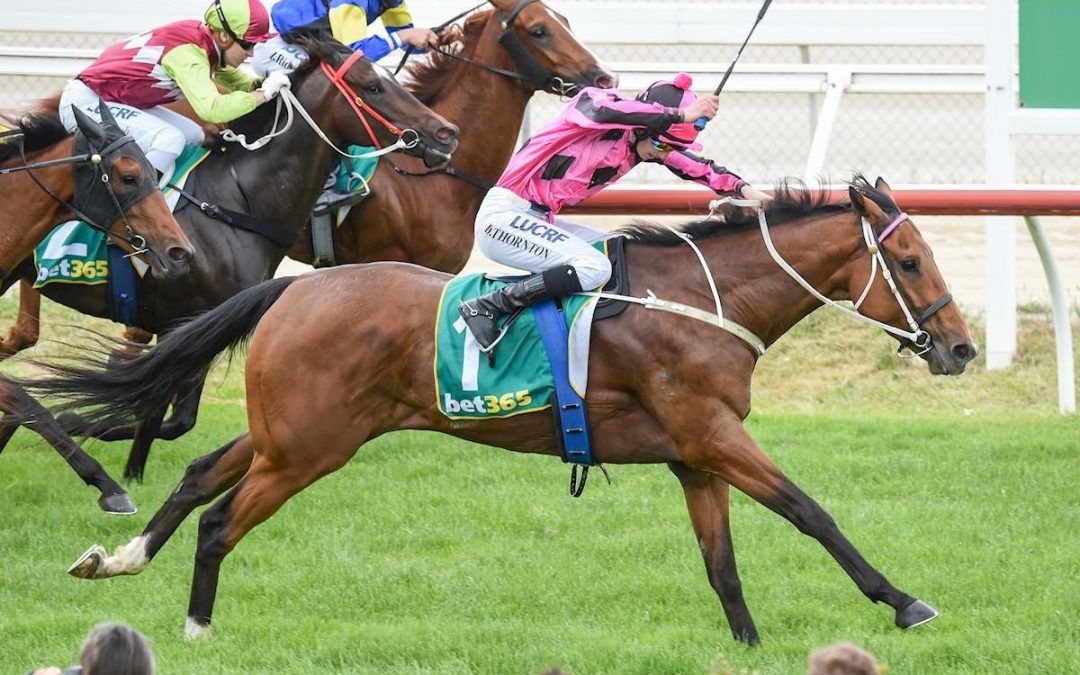 A conservative ride from an inside barrier proved a winning formula for well-named gelding Crossbearer who posted his maiden win at Kilmore on Monday.

Cleverly named by co-owner Peter Sandars, the son of Keep The Faith is the fourth winner for the stable in less than a month and Emsley Lodge’s third maiden winner after Chopsticks and Aluf both opened their accounts in December.

Peter and his Emsley Lodge partner the late Jim Mann bred Crossbearer who is from un-raced mare Pinsahoy, who has produced three winners from as many runners.

A four-year-old, Crossbearer was having his seventh start at Kilmore and his victory in the Hanson Cleaning Services Maiden (1607m) was this first ever placing.

Trainer Jamie Edwards said the four-year-old was still a bit raw and last start when he drew wide and went forward he wasn’t suited left a couple of lengths in front after a horse tried to savage him early in the race.

With gate one at Kilmore, Damien Thornton rode to instructions to have Crossbearer racing off the pace and held him up as long as possible for a late run at the leaders.

Backed from $26 to $18, he settled seven lengths off the lead and but was only three lengths behind in fourth place entering the home straight.

With plenty to offer, he loomed up at the 100 metres and drew clear over the closing stages to score by 1-1/4 lengths from Tarcisius and Just Gets’em.

“He still doesn’t know how to really let down but this win should give him a bit of confidence,” Jamie said.

Later in the day, the stable just missed landing double when Chopsticks, also ridden by Thornton, was beaten a half-length finishing third in the Jack Gardner’s Last Rites 0-58 Hcp (1107m)