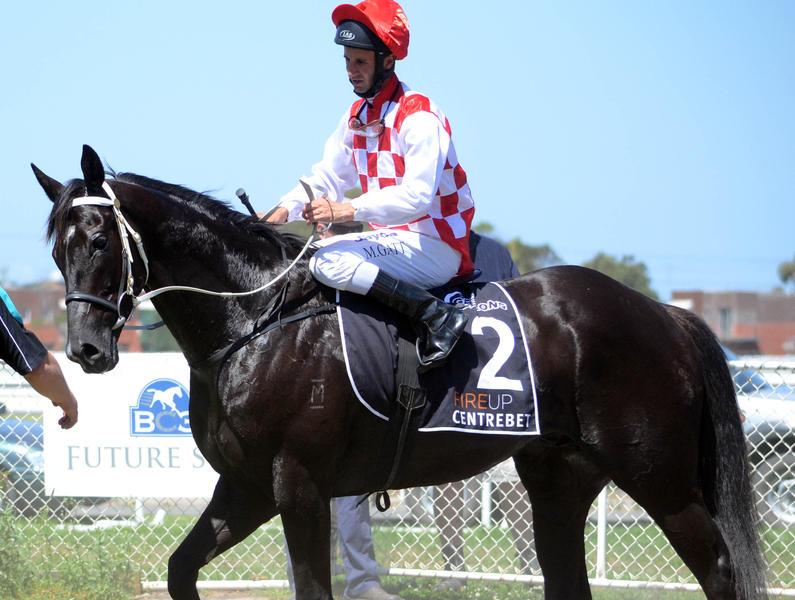 The stable was pleased that it finally broke a long drought for owner Rob Windmill when Dancez Vous posted his maiden win at Donald on Friday, February 22.

Dancez Vous was Rob’s first winner for 11 years and five days and he races the five-year-old with his partner Rae Barnett and Jamie’s wife Janet.

Jamie maintained that Dancez Vous had at least one win in him, but he was wondering if he would ever break Rob’s drought.

“I wonder if there is an unluckier owner than Rob Windmill,” Jamie said.

Dancez Vous was having his 25th race start at Donald and 11of those runs have been for the current connections.

The gelding probably would have won earlier had he not had a tendency for hanging badly in his races.

The stable have regularly experimented with gear to help him go straight.

Dancez Vous has been very consistent this campaign and showed staying wouldn’t be a problem for him two starts ago when he raced wide throughout over 2000 metres to finish a creditable fifth at Ararat.

Over the same distance at Donald, and ridden by Jack Hill, he was second most of the way and proved too strong in the straight winning by just over a length.

Dancez Vous' next start is planned for Geelong where Rob’s red and white check colours haven’t been successful since December 1968 when carried by his grandfather’s horse Lunar Flight.