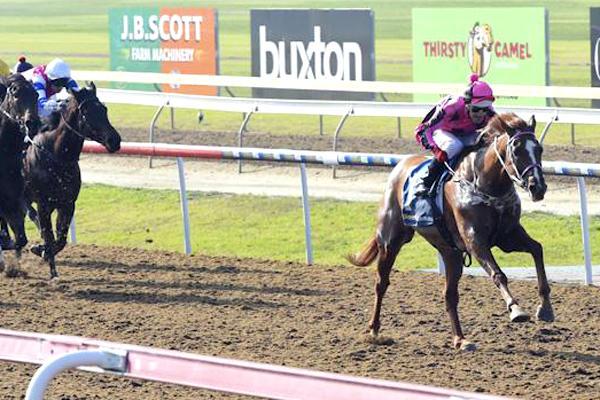 LIGHTLY raced four-year-old Cool Cool World underlined his ability when he blitzed his rivals at Geelong on Friday, but whether he can realise his true potential remains to be seen.

The gelding is his own worst enemy with him expending a huge amount of nervous energy on race days, ending up in lather of sweat before he even goes out on the track.

Last Friday he was isolated walking around in the stalls area to try and keep him calm, but he still got worked up before charging away to a thrilling five-length victory in the Lake Imagining Maiden Plate (1100m).

“He obviously has a ton of ability but his temperament lets him down a fair bit,” said co-trainer Jamie Edwards.

“In reality he is probably a miler but because he is one of those horses who sweats up really badly at the races you can’t run him over that sort of distance.”

Cool Cool World was having only this third start on Friday, and favourite at $2.80 he gave jockey Noel Callow a difficult ride racing fiercely and throwing his head in the air for the first 400 metres.

He was more tractable settling in third place two wide at the 600 metres and urged along emerged a serious threat three-wide on the home turn.

Straightening up, he soon had the leaders covered and under the whip surged clear over the last 200 metres to win as he liked from Jo Anconi and Mr Bottomley.

Bred by his owners, local property developer Wayne Jennings and his wife Julie, Cool Cool Word is a son of Spinning World from Umatilly who was a city winner and won four races to 2100 metres.

Unfortunately Wayne was travelling overseas and missed the Cool Cool World’s dominant win which followed a half-length third at his race debut at Kilmore and luckless run when trapped wide finishing fifth at Geelong on May 15.

Jamie said Cool Cool World would race on through winter and hopefully with experience become calmer on race day.

“He seems to handle any sort of surface and I think he can win more races, so we will keep him going.”