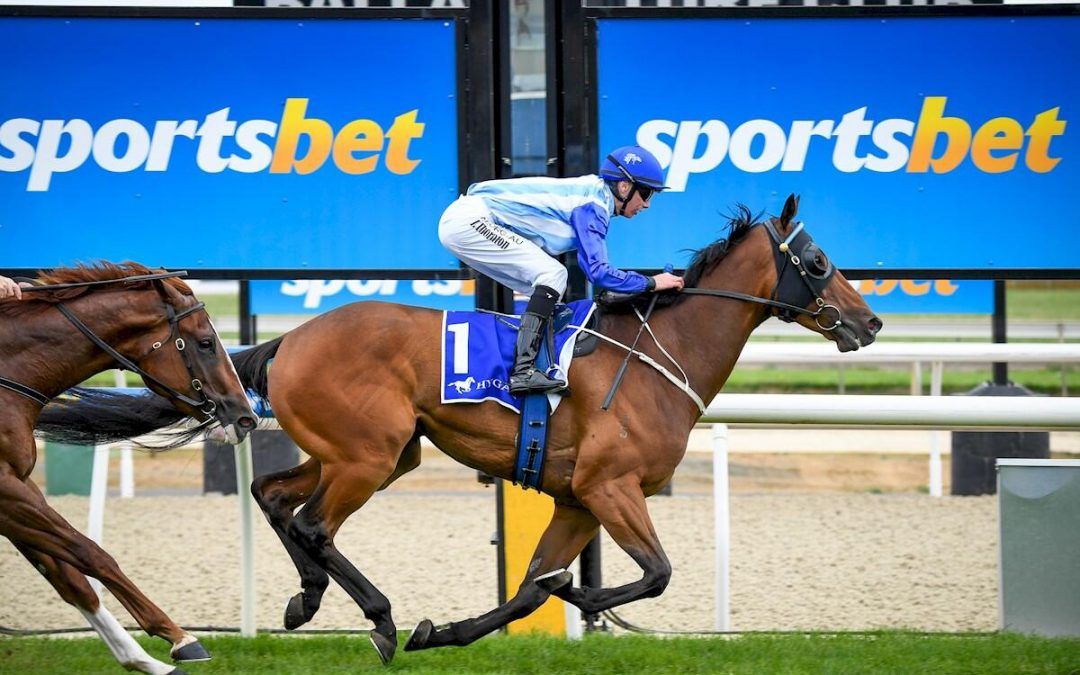 Heavily-backed sprinter Humzz pushed his career earnings close to $200,000 when he overcame a big weight to lead all the way at Ballarat on Sunday.

After competing in much stronger races, Humzz relished the drop in class and despite shouldering 62.5kg gave his supporters who backed him from $16 to $5.50 an easy watch taking out the Hygain Winner’s Choice BM64 Hcp 1000m).

“I thought it was a really nice race for him and couldn’t believe the price they dished up early,” trainer Jamie Edwards said.

“I’m not a punter but he was well over the odds for a city winner had been running much stronger races and was against maiden winners.

Humzz is a 1000m specialist and three of six runs this campaign have been on city tracks including his most recent last start when hampered at the 200 metres and beaten less than four lengths at Sandown in BM78 class.

“The same pressure wasn’t there today so the plan was to jump out, taken them all on and make them catch him,” Jamie said.

Humzz had a relatively easy lead and jockey Damien Thornton was confident a long way from home that he would win.

“The further he went the stronger he got, and I knew they would have to be good to get past him the way he was going,” Damien said.

The Billionaire tried to challenge in the home straight but was no match for Humzz who held him off by a length with Continuance a long neck away third.

“It was a good result for a nice horse who tries hard,” Jamie said. “I hope the owners had a good bet on him”

Humzz collected $19,250 with his Ballarat win which lifted his career earnings to $195,470 from six wins and nine placings from 29 starts.