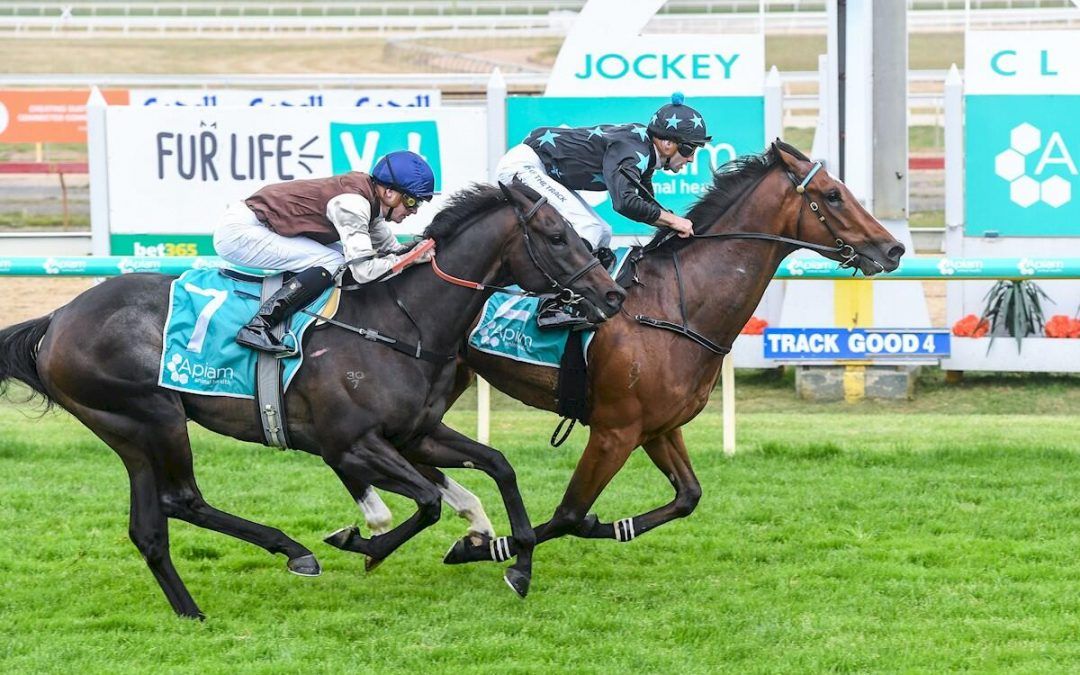 He’s big, raw, and still learning how to race which made Chestorius’s win at Bendigo on Thursday all that more exciting.

Having his ninth race start in the Carlton Draught Maiden (2400m), the four-year-old was one of the top fancies at $2.40 and played with his rivals leading most of the way.

In the home straight he wandered around in the middle of the track as he waited for the others to catch him, before pairing off with $2.20 favourite Tullaroan to score by along a neck, although he was never in real danger, eased down near the line.

The rest of the field were headed by third-placed Wammo, 5-1/2 lengths away.

Trainer Jamie Edwards predicted an exciting future for Chestorius who is only going to get better with racing.

“He really doing it all on raw ability at the moment,” Jamie said.

“He’s won his maiden which he truly deserved after racing so consistently but it might be 12 months before the penny drops with him.

“When it does, he’s going to be a nice staying horse and win lots of races.”

Jockey Jake Noonan concurred with Jamie and said that the Bendigo win should give Chestorius a lot of confidence.

“I rode him like the best horse today and he was always going to win,” Jake said.

He said Chestorius only began fairly but in the small field there was not much pressure and he was able to slide over to the rail “under his own steam”.

He said Chestorius, who has placed at five of his nine starts, should have won at Geelong last start when pipped on the post.

“I think he’s better with a bunny to chase,” Jake said.

A son of Tavistock, Chestorius has a strong staying pedigree and his dam Ormond Road won seven races from 2200m to 2400m in New Zealand.

Jamie is now considering using blinkers on Chestorius and dropping him back to 2000 metres.

“The tempo of a 2000 metre race where he can get a sit in behind them would suit him,” Jamie said.