Bolt ends campaign on a high 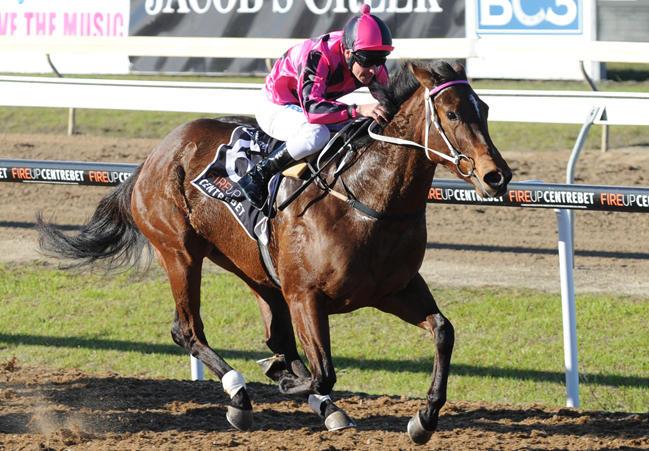 SPEEDY filly They Call Me Bolt has proved a handy investment for her connections since she was purchased for her new connections late last year.
The three-year-old filly posted her second win for the stable in the Become a GRC Member 0-62 Handicap 1000m at Geelong on July 9 and her earnings have well and truly topped her $30,000 purchase price.
“She really is a ripping story,” Jamie said.
"She was bought as a tried horse and has had two wins and four seconds from seven starts for us.”
“The Only time she really failed was when she missed the start badly at Moonee Valley three runs back.”
Noted for her explosive speed from the barriers, They Call Me Bolt gave nothing else at chance at Geelong and led all the way to win by 1-1/2 lengths.
Her other win was also at Geelong at her second start for the stable on March 16.
Twice she has finished second on her home track at Geelong and posted other seconds at Colac and Echuca.
They Call Me Bolt has had 11 career starts for earnings of $50,620, including  $39,570 with the Edwards-Elkington stable.
“She’s done a good job and will now go to the paddock for a really well earned spell and come came back as a four-year-old mare for the 955m races at Moonee Valley,” Jamie said.