Blow In blows them away 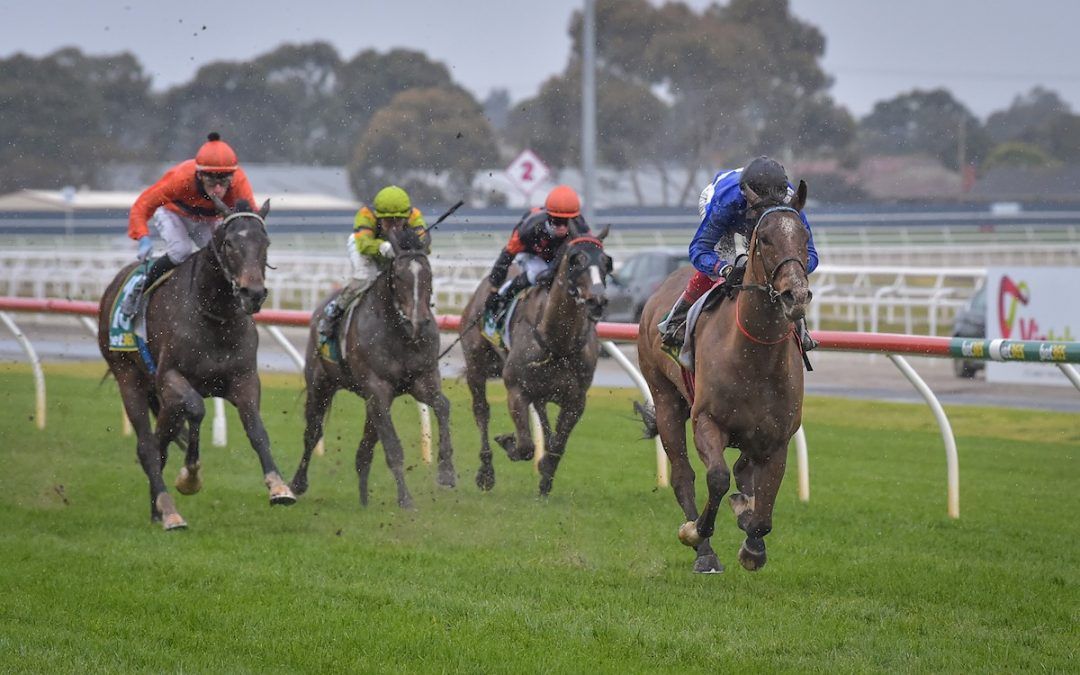 Punters were all over Blow In from the time the markets opened, and he didn’t let them down when he surged away to an easy maiden win at Geelong on Friday.

The four-year-old has always been a bit tardy from the gates and he was no different on Friday as he was last out of the before taking up position off midfield.

“I got to one off rail which I was really happy about, but he just doesn’t muster.”

Blow In improved to midfield near the 600m before Williams hooked him out for better ground on the turn and he straighten up four-wide, two lengths off the lead.

From there it was an easy watch for his supporters as the son of Fighting Man charged to front passing the 200 metres and under hands and heels riding went to the line with his ears pricked to score by 3-1/2
lengths from Hollerween ($6.50).

Williams rode Blow In when third last start in a much harder BM70 race at Sandown and the champion hoop is enthusiastic about the gelding’s potential.

“He’s a very unassuming horse and has a lot more to come,” Williams predicted.

Trainer Jamie Edwards said Blow In raced below expectations last campaign but had matured and improved this preparation.

“He’s definitely a city grade horse,” Jamie said. “You never know we might be able to play in the shallow end of the spring with him.”

He said Blow In’s dam Rose of Falvelon was a handy sprinter who won eight races and was placed at Moonee Valley and fourth at Flemington.

“His mum was really fast horse so I don’t know if he will stretch out much further but I think if we train him fresh and keep him as sit off sprinter he will go on,” Jamie said.