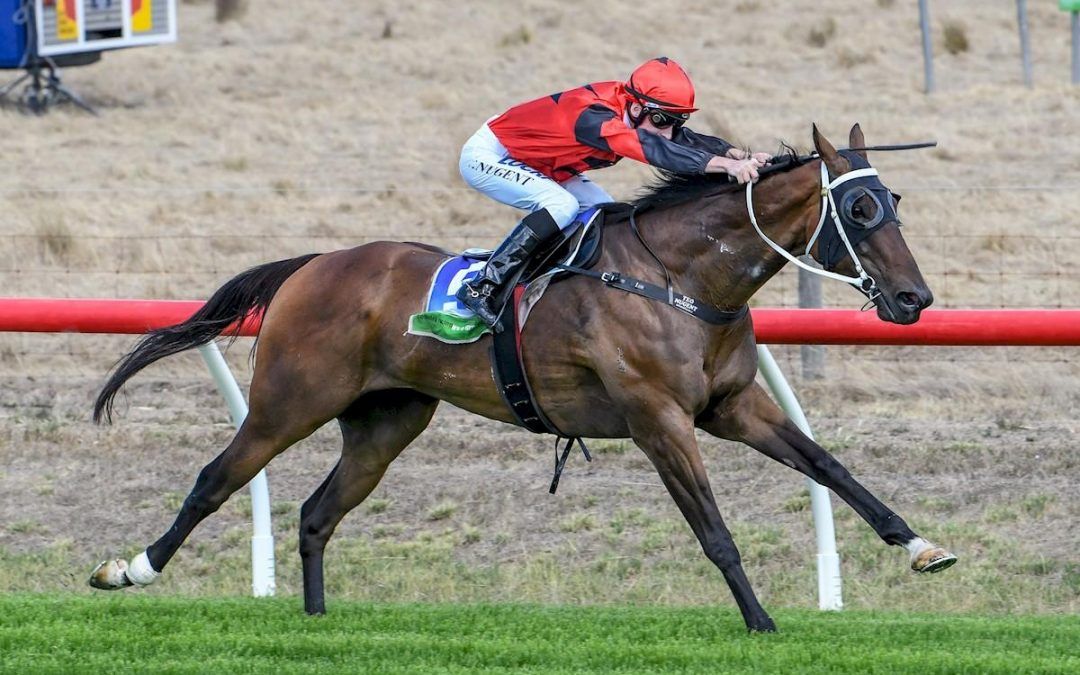 Young Douro regained his best form to salvage his racing career leading all the way to score at Edenhope on Saturday.

Trainer Jamie Edwards said it was D-day for the five-year-old who had finished down the track at his first two runs this campaign but he could not have been happier with his tear away performance wearing blinkers for the first time in the Yiddinga Pastoral 0-58 Hcp (1200m).

“That was what we were hoping for after his work at home this week,” Jamie said.

“He produced a winning gallop on the track with the blinkers on and he has brought that to the races which is great to see.”

Favourite Smuggling tried to mount a challenged in the home straight, but he was no match for Young Douro, who scored by 2-1/2 lengths.

The blinker-charged victory was a significant turnaround for Young Douro who was beaten 6.35 lengths when first-up at Bendigo before a barrier mishap ruined his chances at Terang on February 27.

Despite the unflattering recent form, the son of De Beers was backed from $4.20 to $3.60 at Edenhope for his 12th race start.

Young Douro’s other win was at Ararat in February last year.

He joined Emsley Lodge last July when Michael Roebuck retired from training and he was having his sixth start for the stable at Edenhope.

His win rewarded the patience of Lara’s McKane family, who bought Young Douro after enjoying success with his brother, Mr Zaharakis, who won two of his seven starts before being retired as a four-year-old.

“It was a nice race for Young Douro on Saturday and we will look for another similar race for him now.”