Bioko Breaks through in Style 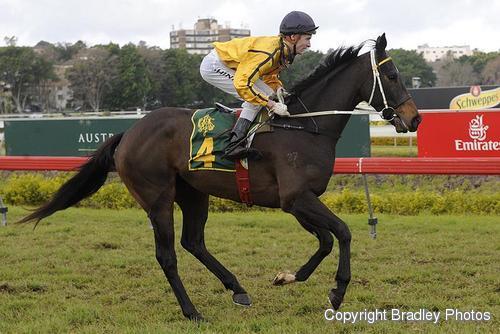 Enigmatic galloper Bioko broke a long run of outs at Swan Hill in front of a massive crowd on Cup Day.
It was almost 18 months since his last win but has run enough encouraging performances for the owners to stick by him.
Co trainer Jamie Edwards said "He is such a frustrating horse to own and train because his track work is genuine city grade work but he can tend to let us down at the races."
The 3 time metro winner didn't have it all is own way in the run. After missing the start he was forced wide and eventually pressed forward to lead. When the pressure came on from a long way out the Jungle Pocket gelding toughed it out for a strong win." It was great to see how strong he was at the line. Hopefully he has turned the corner now and can put a few wins together." Edwards said.