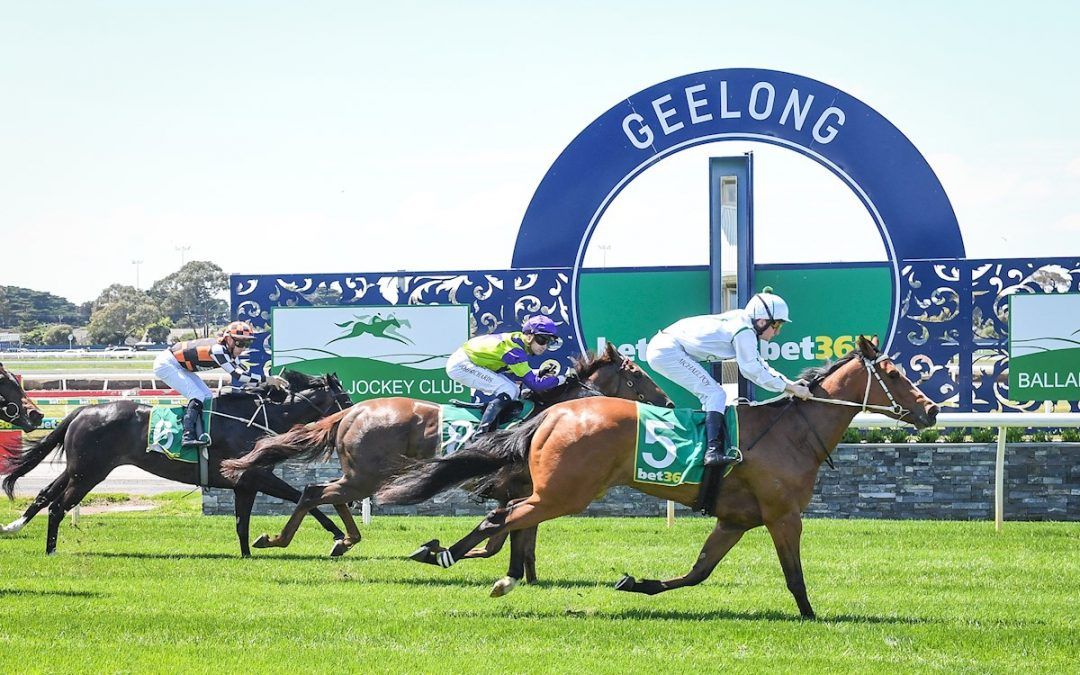 Exciting filly Belmia had racegoers shaking their heads in disbelief after her stunning debut at Geelong on Saturday.

Hopelessly tailed off and spotting the leaders 20 lengths passing the 700 metres, the Bel Esprit filly unwound an astonishing run to land the bet365 Odds Drift Protector 3YO Maiden Plate (1100m).

Ridden by Michael Poy, Belmia ($18) made up eight lengths to tack on to the field at the 400 metres and then hooked out widest in the home straight defiantly kept closing, hitting the front in the shadows of the post to the amazement of punters.

However, trainer Jamie Edwards while lauding the effort was not as shocked as many.

“In her trials she has been slow out and got back so I warned the jockey that was her racing pattern.

“I was surprised she got so far back, probably four of five lengths more than I expected, but they took off at such a solid pace which was why she got so far out of her ground.

“To his credit Michael didn’t panic and when he allowed her to balance up, she finished off strongly which I knew she would.”

Jamie said the stable had been looking forward to Belmia’s racing career for some time after she had shown so much ability on the training track.

“We had her nominated for last month’s Thousand Guineas but it came up too quickly for her so we have been patient and given her that extra time,” Jamie said.

Local builder Andrew Quinn owns Belmia who is a home-bred filly and the first foal from the Emsley Lodge-trained mare Bjorn Pretty who was a dual winner.

“We’ve always really liked this filly and this win is a nice bonus as she will be better out over more ground.”