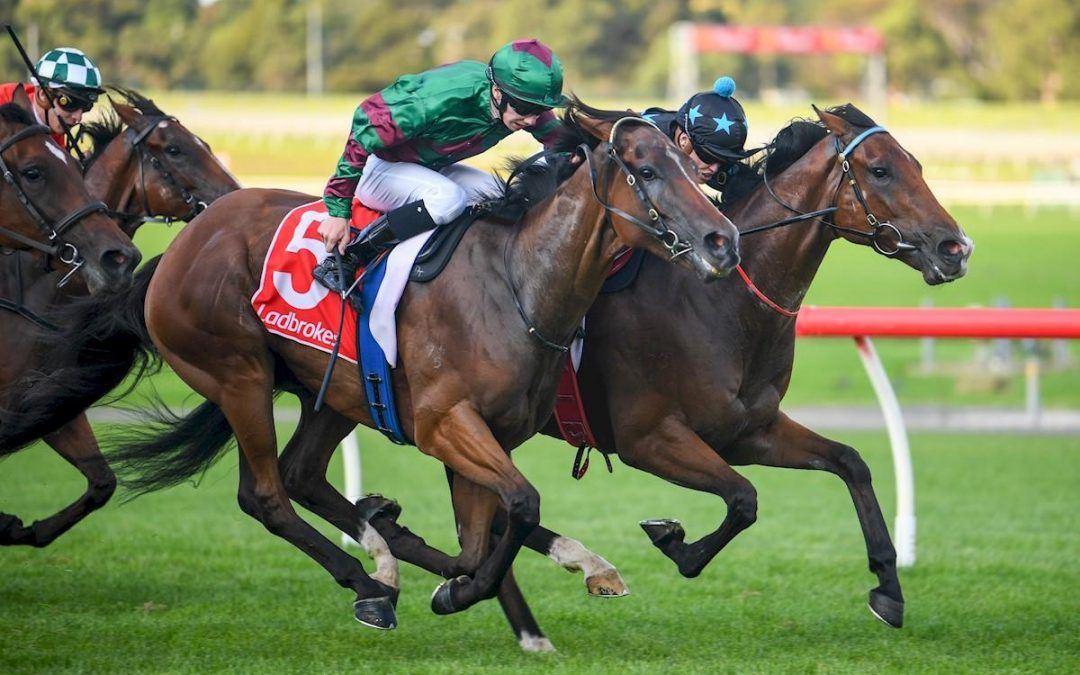 Talented three-year-old Dune Field posted his second city win in a row when he held on to dead-heat at Sandown on Wednesday.

The finish of the Ladbrokes Money Back Odds Handicap (1400m) tricked most people on course including jockeys Craig Williams who rode Dune Field and Damien Thornton who partnered Eugene’s Forest.

Both riders thought Eugene’s Forest had got up on the line as did trainer Jamie Edwards but the judge could not separate them.

“He looked the winner all the way up the straight but on the line, I thought the other horse had got the bob in,” Jamie said.

“It was a race with good depth and a great fighting effort from him to dead-heat.

“He is very, very genuine and even today when the other horse got to him, he kept putting his head out.

“He’s a nice progressive three-year-old with a pretty good future.”

Craig Williams also rode Dune Field at his previous start when he posted an emphatic 1-1/2 length maiden win over 1300m.

At his other start for Emsley Lodge, he was an unlucky first-up fifth at Sandown on February 12.

“We knew early on that he was city class,” Jamie said.

Rohit Saini owns Dune Field who is a stablemate of Rohit’s other recent winner’s Mr Mofeed and Benatari.