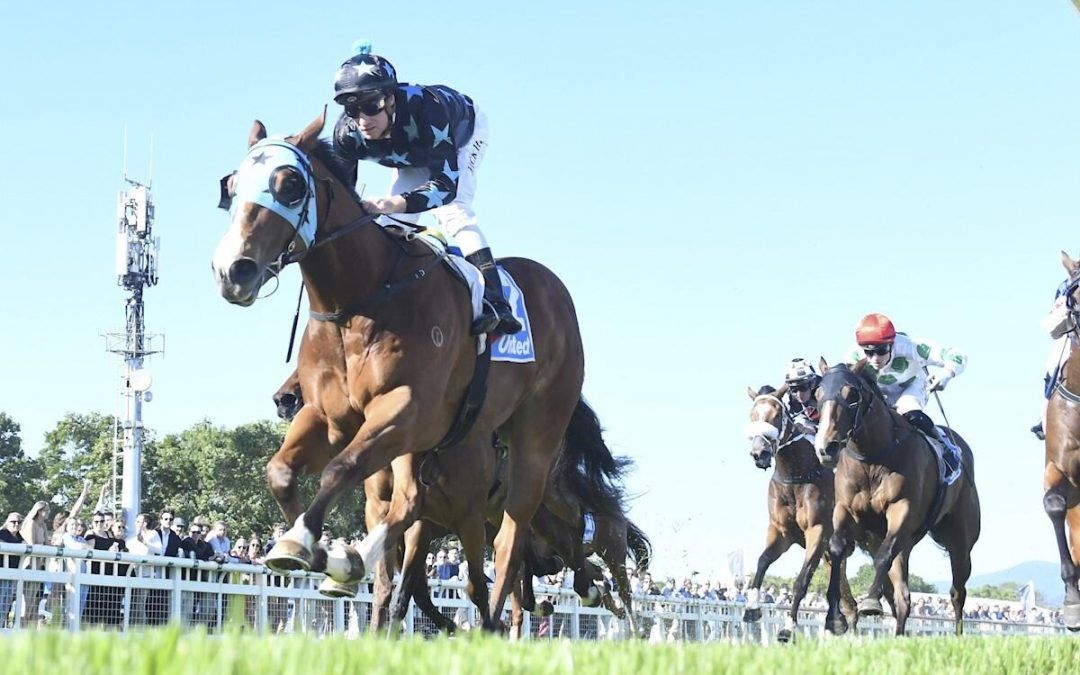 Well-named Runamigo wasted no time making an impact at Emsley Lodge with an impressive stable debut at Yarra Valley on Saturday.

Formerly trained in South Australia, the powerfully built three-year-old arrived earlier this month and lived up to a couple of impressive track gallops at the farm to land the bet365 Racing Refunds 0-58 Hcp (1000m).

Ridden by Jack Hill, Runamigo crossed from his wide barrier, settling outside the leader Tantalizer and drew clear in the final 200 metres to score by 1-1/4 lengths.

Run Amigo has had a few homes in his brief career but always shown promise with two wins and two thirds from his six starts to date.

He won his maiden at Murray Bridge in May and was placed Morphettville but his arrival in Victoria provides him with him more race options.

When he arrived at Emsley Lodge he tipped the scales at 587kg and has since shed around 20kg.

“The Yarra Valley graded race looked an ideal for him and we thought he could run really well despite the wide barrier,” Jamie said.

“A couple of times he galloped up very well with fast horses at the farm which tightened him up and gave us some confidence.”

Runamigo was the second winner in three days for owner Rohit Saini after the gelding’s stablemate Chestorius scored at Bendigo on Thursday.

While Chestorius is a promising stayer, Runamigo is bred for speed being a son of former champion sprinter Choisir from Encosta de Lago mare Mexican Gal who won four sprint races.

His grand-dam Mexican Rose won 10 times, including three stakes races, and was Singapore’s champion 2YO and 3YO Filly in 2009 and 2010.