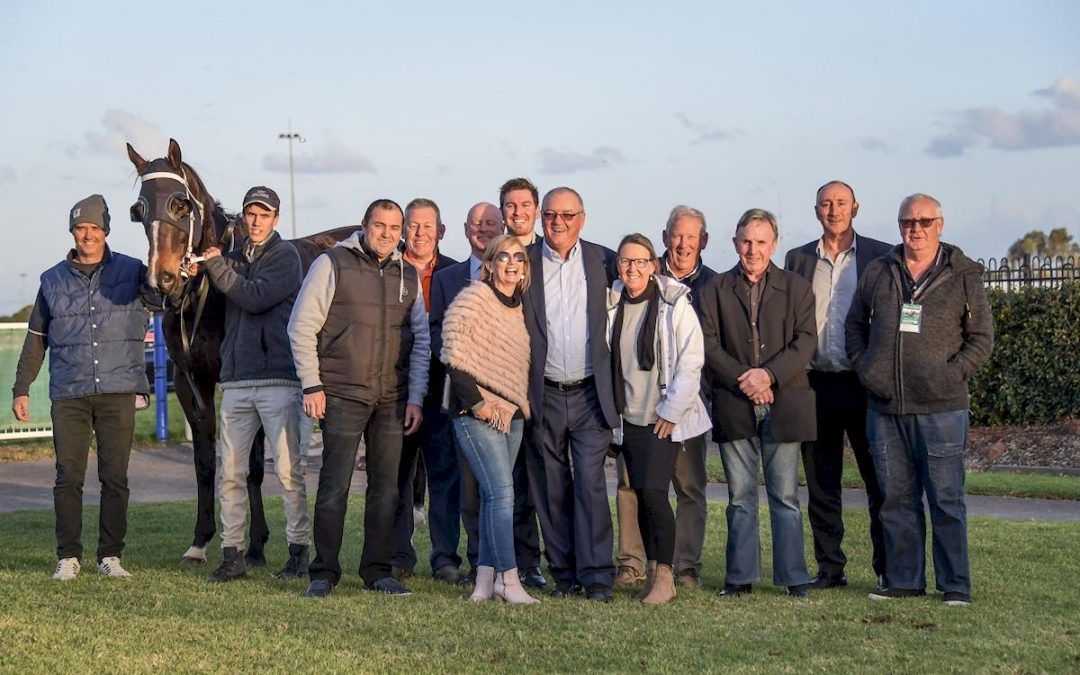 Only 30 minutes earlier Severn Road also won on the synthetic track for the stable.

“It has taken a while to get a double again although we have gone a close a few times,” said trainer Jamie Edwards.

Empire of Stone and They Call Me Bolt provided the last Emsley Lodge double at Pakenham in December 2013.

Jamie said he was keen to run Aluf at Geelong after he performed so well at Kilmore 12 days ago when he was collared late by Grand Crown over 1400m.

Mindful that the synthetic track had favoured on speed horses a week ago, Jamie aimed to have Aluf take advantage of a similar pattern on Tuesday.

“It just looked the right race for him,” Jamie said.

“He led them up easily the other day at Kilmore and was bit soft late, so I thought with that 1400 metre run under his belt and coming back to 1300m we could be aggressive on him early, and it worked out well.”

Aluf missed the start just over length but jockey Damien Thornton quickly hunted the gelding through to share the early after 100 metres.

Locked in a speed duel with Snippy Strategic for most of the way, Aluf broke clear early in the home straight and scored by 2-1/4 lengths from Mai Shiny Choice in the Bet365 BM58 Hcp.

Damien Thornton said despite having no peace in front he felt Aluf would win 600m from home.

“Jamie was adamant he wanted to lead and use the fence and we were able to do that, Damien said.

“He gave a nice kick when they straightened up and they couldn’t catch him.”

Aluf has a large band of owners managed by Greg Welsh and the gelding has now won twice and placed four times in 12 starts.