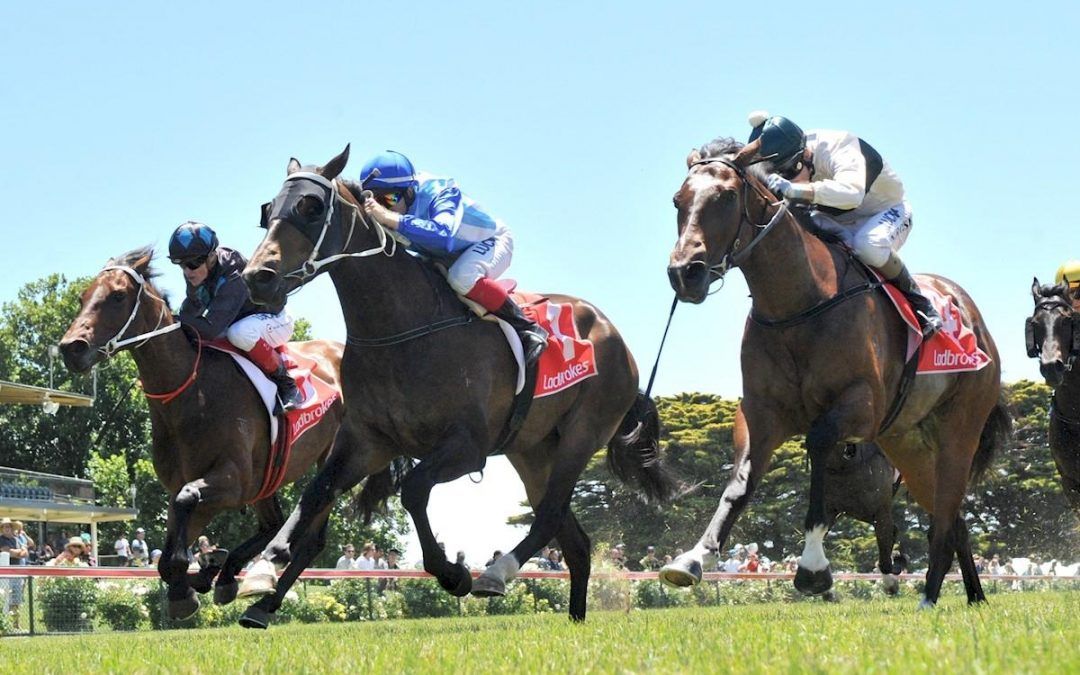 Owners of four-year-old Aluf turned the Queenscliff-Sorrento ferry into the party boat after the problem galloper overcame a wide run to post a stunning first-up maiden win at Mornington on Wednesday.

Celebrations were well deserved after Aluf, having just his fourth start, had endured a series of setbacks since his race debut 17 months ago.

Managing partner Greg Welsh led a group of the gelding’s owners to Mornington via the ferry and the return trip was a most joyous one after Aluf defied a wide run to land the Mick Crawford Memorial Plate (1000m).

Trainer Jamie Edwards was thrilled for the owners and paid tribute to their patience with the horse to allow him to get over a variety of problems.

“There was never a big problem but had a lot of niggly things,” Jamie said.

“One day he pulled a shoe off and got a foot abscess and another day he got the scours on the truck on the way to the races and we had to scratch him.

“To the owners’ credit they let me take my time with him and he’s (matured) up now into a really nice horse.”

Aluf, who placed two of his first three runs, is a homebred and many of his owners raced his siblings Bombalurina, Captain Titanium, Confederate Lass and Not A Blemish.

Jamie said it was a nervous wait (for)in the lead-up to the Mornington race given the gelding’s past history but a strong gallop last Saturday buoyed his confidence that the son of Moshe was ready.

“This is the first prep where nothing has gone wrong and he’s got the result we all wanted,” Jamie said.

Ridden by Dale Smith, began well but he had a tough run just off the pace, three-wide without cover.

On the home turn, he improved to a length behind the leader before a two-horse war up the short Mornington straight.

With his owners’ cheering, Aluf went head and head and in a desperate finish only put his nose in front on the line to score officially by a short half head from Riverdance Lad and the fast-finishing Shipway.

“He did a bit wrong, but he toughed it out well,” said Dale Smith.

“Full credit to the horse, he hung out around the corner and when I really asked for an effort he put his ears back and had a crack.”

Jamie said Aluf went into the race without a trial and would take a lot of benefit from the run.

“I thought he would run well but I didn’t have him screwed down for this,” Jamie said.

“There is still a fair bit of improvement in him”.