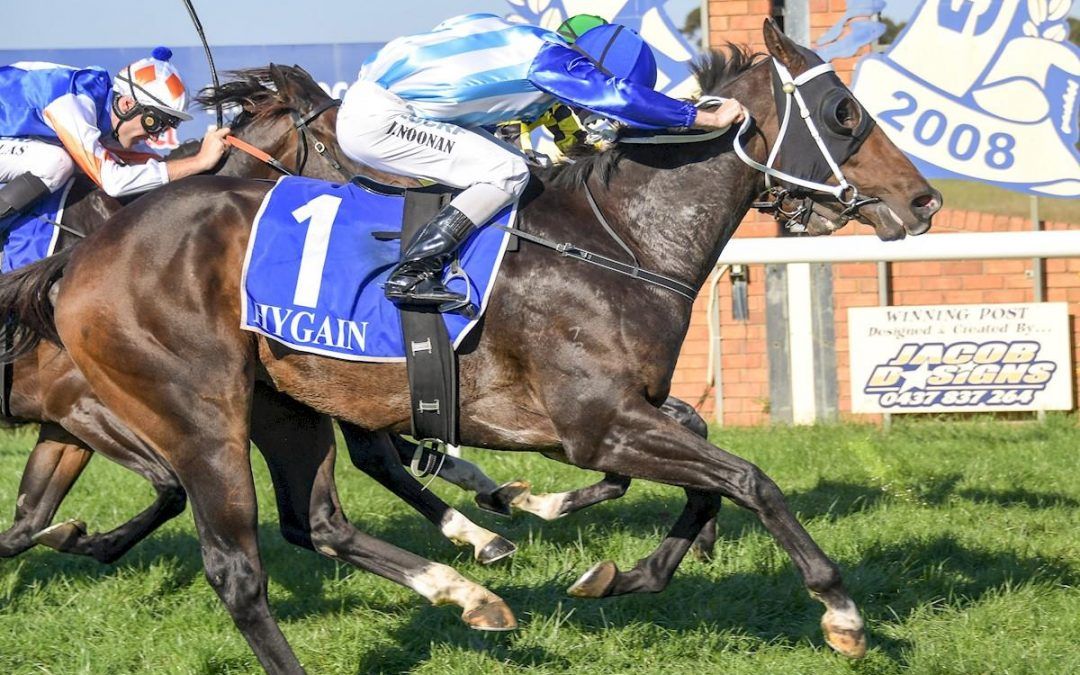 Consistency was rewarded when Aluf defied a big weight to score a last stride win at Terang on Friday.

The gelding had finished second at three of his five runs this campaign but down in class and distance and with blinkers on shouldering a massive 62.5kg, he landed the Mt. Noorat Freighters BM58 Hcp (1000m).

“It was heart in your mouth stuff but that’s pretty much how he’s won all his races,” said trainer Jamie Edwards.

“He looked the winner eight times up the straight and you’ve just got to hold your breath.”

Ridden by Jake Noonan, Aluf (3.50 fav.) raced on the pace tracking wide throughout and gave punters a scare when Grogan’s Anvil took a half-length lead approaching the 100m.

Aluf, who had disputed the lead early in the straight, looked beaten before responding under Noonan’s vigorous riding as Grogan’s Anvil wilted, snatching victory on the line.

Frustratingly, the son of Moshe had finished second in BM64 class at Stawell, Benalla and Stony Creek earlier this campaign, but he appreciated the easier task at Terang.

“We rolled the dice dropping him back in grade to see what he could do and because he’s a big horse we always thought he could carry the 62.5kg,” Jamie said.

“He always tries hard and is usually around the mark but in the 64 grade they are just a bit too good for him.”

Jake Noonan said he was happy for the winning post to come when it did.

“I don’t know if the weight was really an issue, but the length of the straight was going to be,” Jake said.

Aluf, who was dropping back from 1100m, was Emsley Lodge’s 31stwinner for the season.

The gelding has won four of 24 starts and notably, he has worn blinkers in all of his wins.