Valley win brings up hat-trick for Fill The Flute 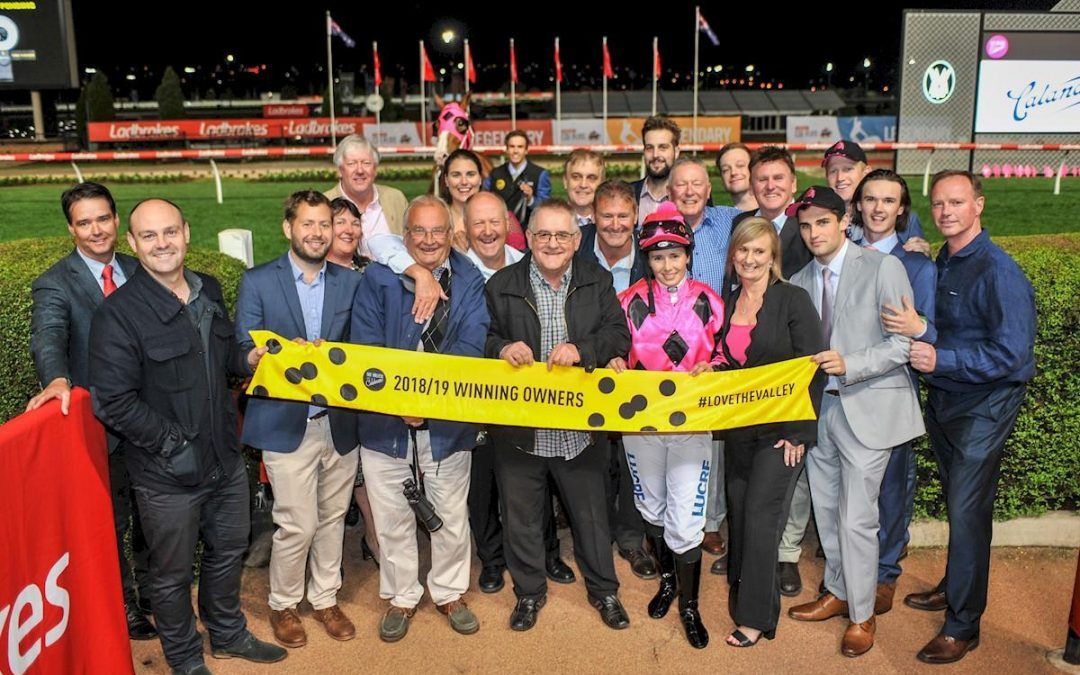 Speedy mare Fill The Flute completed a hat-trick of wins with another dashing performance at Moonee Valley on Friday night.

The baldly-faced four-year-old maintained her unbeaten record this campaign as a short-priced $2.15 favourite in the Catanach’s Jewellers BM70 Hcp (1000m) and posted her third win a row.

Ridden by apprentice Georgie Cartwright, “Flute” showed her customary brilliant gate speed and, after sharing the lead under a good hold, had all her rivals under hard riding on the home turn.

She increased her length lead at the 400 meters to two lengths early in the straight and won untouched by 2-1/4 lengths from Sasayuri.

Georgie was formerly apprenticed at Emsley Lodge when Fill The Flute was just a foal and has used her handy 3-kilo claim on the Statue of Liberty mare at her last two starts.

This campaign Fill the Flute has impressed the way she has quickened off a high cruising speed and progressed through her grades with BM58, BM64 and BM70 wins.

Assistant trainer James Edwards said Fill The Flute had always been quick but was now much stronger.

“This campaign she has come back bigger, stronger and faster,” James said.

“She’s put on weight, has grown and is flying.

“We will keep punching through the grades with her and Georgie gets on well with her, so we’ll probably keep claiming.”

Fill The Flute’s success came just 24 hours after the stable was presented for the third year in a row with the James Wilson Award for champion Geelong trainer at the Geelong Racing Awards.