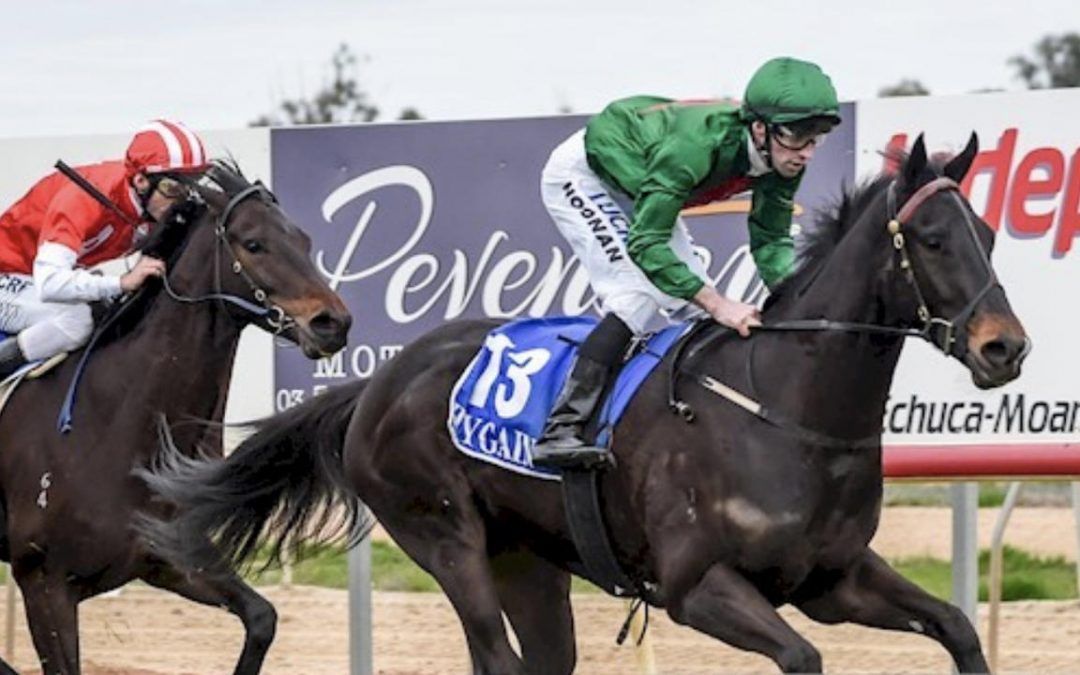 Promising stayer Lorenzetti provided the second leg of a winning double for Emsley Lodge when he scored a comfortable win at Echuca on Tuesday.

The son of Al Maher pricked his ears as jockey Jake Noonan eased him down to score a 1-1/4 length victory over city winner Vellaspride in the Independent Cranes BM64 Hcp (2100m).

the stable with its sixth winning double since September last year.

Bad luck has plagued Lorenzetti for much of his 12-start career, with wide barriers often proven challenging.

This campaign he has drawn barrier nine or wider in four of his six runs.

“It’s amazing what happens when you get a good gate and nice ride,” trainer Jamie Edwards said.

Jamie said he expected Lorenzetti to be racing near the field but with the strong pace settled midfield, but in a nice spot.

Noonan set the three-year-old alight from the 600 metres and under hard riding he peeled out three-wide on to the back of the favourite Vellaspride.

“He was going better than he looked and when I let him go in the straight, he went past the favourite quicker than I thought he would,” Jake said.

“He’s a good aerobic horse and I can see him going through his grades in these staying races.

Jamie said Lorenzetti appreciated the easier run compared to his last couple of starts when he covered ground.

“Getting a nice run with cover definitely helped,” Jamie said.

Lorenzetti was beaten in 58-grade at his last three starts and Jamie planned the rise to 64-grade on Thursday so as to give Lorenzetti some weight relief.

“He’s only a little bloke and dropping 3kg on his last start and 3.5kg on his previous two runs probably gave him that turn of foot he needed to find,” Jamie said.

It’s a great result for the horse who just needed to get some luck and he got that today which is pleasing for the owners.

Lorenzetti, who was bred by Mike Palmer, posted his other win in a maiden over 1600 metres at Bendigo in October.