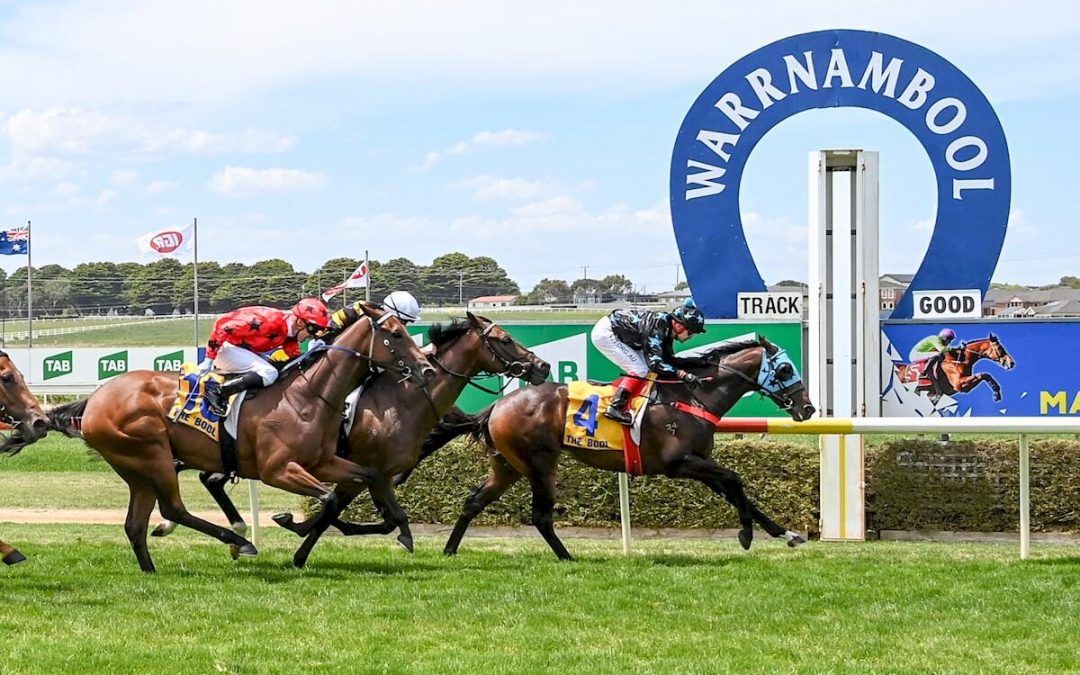 Three-year-old Mauser is destined for longer races after leading all the way to win his maiden at Warrnambool on Sunday.

Dropping back from city grade, Mauser ($3.30) was strongly supported and scored a three-quarter length victory over the fast-closing placegetters Raffish and Delta Tango in the cartergroup.com.au Maiden (1700m).

Jockey Dean Yendall said the win was softer than it appeared as he “looked after” the colt in the closing stages.

“He actually took a bit of pulling up, so 2000 metres isn’t going to be a problem for him.”

Mauser finished fourth over 1400 metres at previous start at Sandown and appreciated the jump to 1700m where he was able to dictate the pace.

After doing plenty of work to get across from barrier eight, he eventually settled 2-1/2 lengths in front before getting a breather mid-race and kicking off a half-length lead approaching the home turn.

The son of All Too Hard straightened up nearly three lengths clear and was never in any real danger of defeat.

Mauser’s strength through the line impressed trainer Jamie Edwards and buoys his confidence to step him in longer races.

“He didn’t win by a big margin, but he was the last horse to pull up after the race,” Jamie said.

A $22,500 yearling, Jamie picked Mauser out at the 2018 Melbourne Inglis Sale, and he virtually recouped his purchase price for owner Rohit Saini with his Warrnambool success which comes after campaigns with two other stables.

He has improved at each start for Emsley Lodge, following a sixth in a strong maiden at Geelong on December 11 with a fourth to Narvaez at Sandown on December 23.