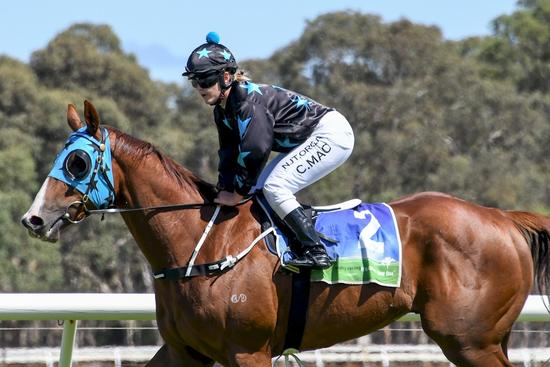 Benatari’s dramatic form turnaround has highlighted Emsley Lodge’s capacity and flexibility to fine-tune the training regimes to stimulate success on the racetrack.

The Written Tycoon four-year-old struggled at his first four runs this campaign but made a sudden improvement after being relocated from the stable to a paddock setting on the property late last month.

“Since we have been training him out of the paddock, he has been a different horse,” trainer Jamie Edwards said.

“He got a bit box sour and would half lay his ears back when you walked into his stable but he is a much happier horse being in the paddock all day and the results are showing.

Jamie saw quick improvement in Benatari on the training track with the gelding “galloping up like a rocket” before being beaten in a photo finish at Wangaratta on February 29 and a week later easily winning Saturday’s Mackie Family 0-58 Hcp (1200m) at Edenhope .

Ridden by Chelsea McFarlane, Benatari sat one-out, 2-1/2 lengths off the lead, and improved three-wide to a length behind at the top of the home straight.

Passing the 200 metres he hit the front with Unshackled in hot pursuit, but he beat off the challenger in the final 100 metres to score a 1-1/2 length victory. Strategic Spice filled third place 3-1/4 lengths away third.

Benatari is the third Emsley Lodge winner in the last three weeks for owner Rohit Saini who celebrated wins with Mr Mofeed at Yarra Valley on February 22 and Dune Field at Sandown on February 26.

Benatari has won two of his 13 starts and placed another four times with Saturday’s success taking his earnings to $54,590.