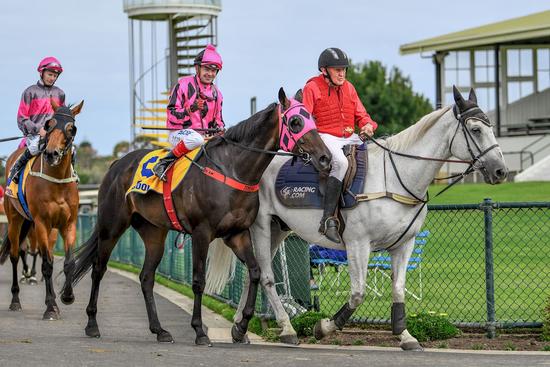 Hardy stayer Inastride underlined the value of farm life at Emsley Lodge when he posted an all the way win at Warrnambool on Thursday.

Remarkably, Inastride was having his 19thstart this campaign but could not have been more impressive in the McCarthy Catering BM58 Hcp (2388m).

Taken on for the lead from the 600 metres, he “launched” when asked for a final effort at the 200m and quickly put the race beyond doubt racing clear to 1-1/2 length win over Aljamaal and Golden Flag.

Inastride has placed at his last five starts including a fast-finishing win at Colac just before Christmas.

Jockey Dean Yendall said he was able to take advantage of the slow early pace and led on Inastride who was keen on the bridle most of the way.

“He was there to be beaten when another horse came up alongside him at the 600m but I gave him one with the whip on straightening he just launched and in the end I was pretty kind to him.”

Trainer Jamie Edwards said Inastride tried hard in his races and was hard to get past when ridden on the pace.

“You would go to war with him,” Jamie said.

He said the Emsley Lodge complex had been integral to the longevity on Inastride’s campaign which kicked off at the end of May last year.

“He’s a real credit to the farm,” Jamie said.

Inastride is destined for a jumps career and will probably have one more run for Emsley Lodge before transferring to Patrick Ryan’s Warrnambool stable.

“Patrick will take him over very soon and I’m sure he will be very competitive over jumps,” Jamie said.