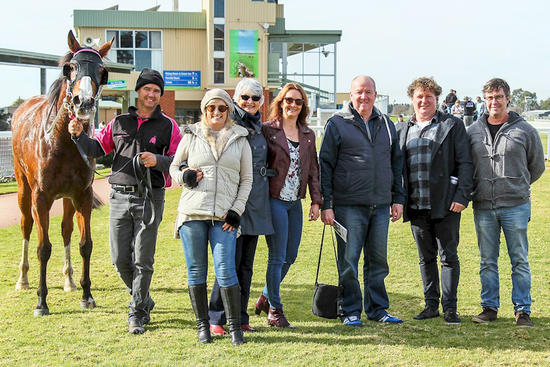 THE Mertens name has won many races at Sale over the years and not many of Beau’s 15 victories at the venue have provided the satisfaction he gained from Sunday’s win aboard Bjorn Pretty.

The daughter of High Chaparral is owned by close friends of the family and the 19-year-old was thrilled to get the opportunity to play a part in the win.

“She’s owned by some really close family members, Dad’s family introduced me to them and one of them – who we knew him as ‘Quinny’ – recently passed away,” Mertens said.

“I was supposed to ride her last start at Warrnambool, but got a booked for a few rides at Pakenham, which fell through so I didn’t end up getting there, but we got on her today and to win on her is pretty special.”

Mertens drove Bjorn Pretty to a half-neck victory over About Time Bill ($5.50) in a competitive finish. The $5 chance finished just a half-head in advance of third placegetter Unresolved ($3.50f) with Chase Soprano ($31) the same margin away fourth.

It was the first time Bjorn Pretty had won in 10 starts, but it was also the first time she had run in a race further than 2000m, which Mertens thought was significant.

“I thought I was going to win by three (lengths) at the top of the straight then we just got a bit wobbly because she’s still putting it all together,” he said.

“That’s definitely her go, getting up to a trip and outstaying them. It was a pretty nice win and I think she should go forward from that.” 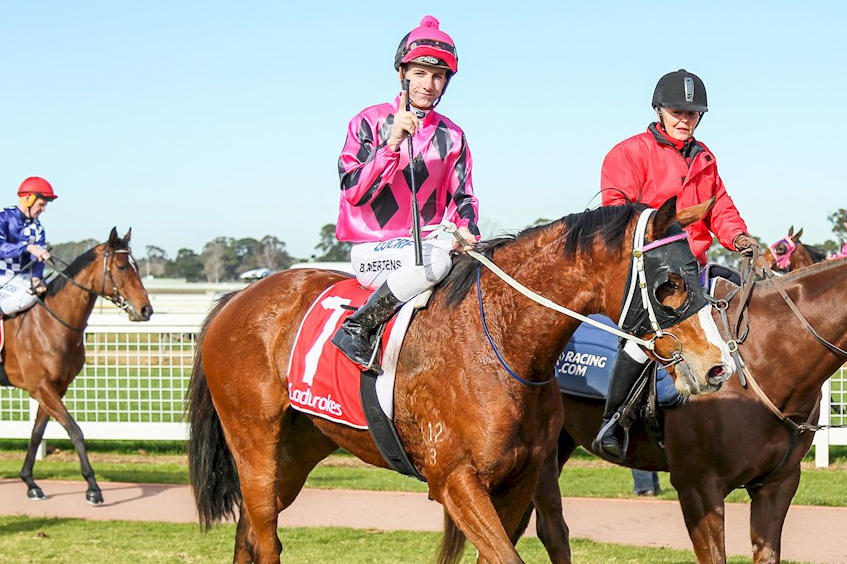