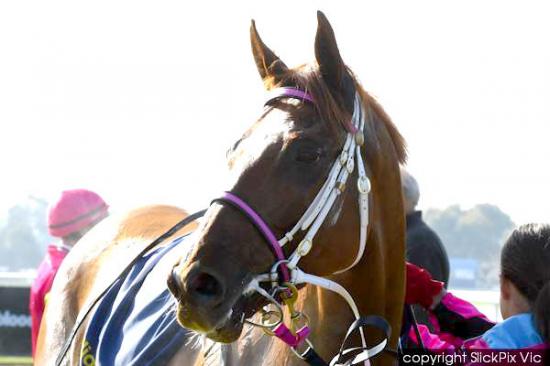 Brad Rawiller declared Cool Cool World has a way to go reach his potential after he overcame difficulties to score a narrow win at Geelong.

Having his 10th race start, the four-year-old gave Rawiller a troublesome ride as he over-raced and had to be checked mid-race before being badly held up in the home straight in Sunday’s Shojun Concrete BM64 Hcp (1300m).

“It was a good effort to win as he did a fair bit wrong,” Rawiller said.

“He’s still learning and with better racing manners you would think there is improvement in him.”

Rawiller had Cool Cool World perfectly positioned just off the pace from barrier one but had to wait for what seemed an eternity to get a run between to the two leaders in the home straight.

He was held up from the home turn to the 150 metres and just when all seemed lost, the pacemaker River’s Gift wilted and Cool Cool World squeezed between him and the heavily backed Strike Force to hit the front 50 metres from home and score in tight finish.

“I had the horse there ready and thankfully when the one on the inside (River’s Gift) dropped off I was able to get through a narrow gap.”

“There were two patches in the run where he half tried to take off and he didn’t have the room to do it,” Rawiller said.

Stewards reported that Cool Cool World over-raced in the middle stages and was checked at the 600 metres as he tried to charge forward.

Trainer Jamie Edwards said Cool Cool World was a nervy horse and on race day the gelding works himself up into a latter of sweat.

“He is a horse who needs to have three or four runs quickly to help knock the edge off him,” Jamie said.

“I think he is going to make a nice on-speed miler, but at the moment it’s all about his manners and getting him to settle.”

Owned and bred by Wayne and Julie Jennings, the son of Spinning World has raced 10 times for two wins and two minor placings.