Geelong's Sertorius does us proud against world’s best 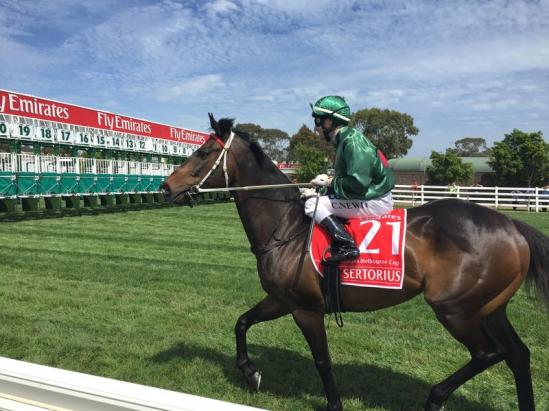 SERTORIUS was as brave as ever in the 2015 Melbourne Cup finishing a creditable 12th in the capacity field of 24 on Tuesday.

"We were very proud of him and his effort in Australia’s biggest race," said trainer Jamie Edwards.

“He gave his best and his sectionals were very good."

Sertorius got within 0.79 seconds of winning the Melbourne Cup, finishing officially 4.75 lengths behind the winner Prince of Penzance.

"He improved eight positions, the most of any runner, from the 400 metres and just peaked on his run," Jamie said.

Jockey Craig Newitt said Sertorius did his best all the way to the line.

“He went as good as he can go,” Newitt said.