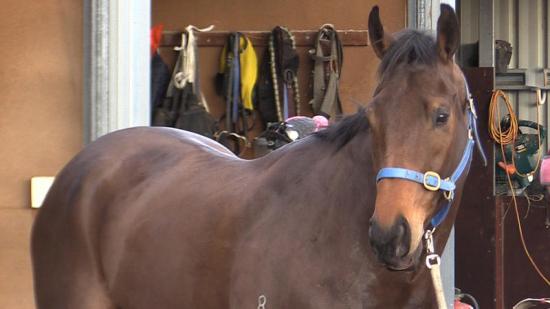 TEMPEST ROCK posted an overdue win with the help of a clever front-running ride from Daniel Moor at Bairnsdale on Monday.

The six-year-old, who was unlucky not to win his previous start at Murtoa, made amends when Moor rode a proactive race on the gelding in the SureFoot Mat 0-58 Hcp (2200m).

Tempest Rock settled in fourth spot two-wide with cover before making a dashing move three-wide at the 1600 metres, and shooting out to a 2-1/2 length lead.

Shaw Touch joined him at the 500 metres but Tempest Rock still had plenty to offer and entering the straight kicked two lengths clear.

It proved a winning break and he went on to score by a 1-1/4 lengths from Lardner Lou and Charity Lane. Shaw Touch faded out to finish second last.

At his previous Murtoa run, Tempest Rock was tardy from the gates, caught wide on the first turn and finished a brave second after making his run three-wide on the home turn.

“It was just a matter of finding the right race for him and that is why we took him to Bairnsdale,” trainer Jamie Edwards said.

“He is racing well and his prospects look good in similar races.”

Tempest Rock had a change of ownership during the year when Canberra men George Sotiropoulos and Brett Thompson purchased him in an online auction.

Jamie was retained as the trainer and Tempest Rock has now won twice and placed five times in 27 starts.