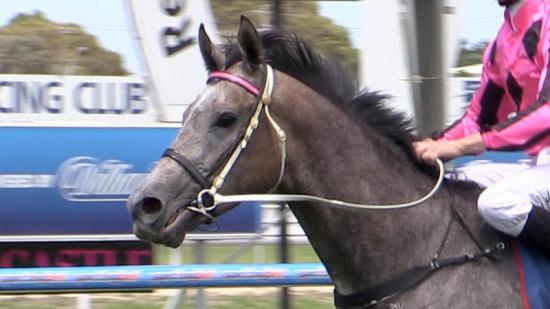 NORTHERN SOUL won his maiden the hard way when he raced wide throughout to score at Warrnambool on Saturday.

Ridden by Jake Noonan, he was a dominant $2.40 favourite and didn’t let down punters or his band of owners as he powered to the line to land the Snaauw's Kitchens Maiden Plate (1400m).

The Northern Meteor three-year-old jumped well from his wide barrier and Noonan got him cover three-wide mid-race before improving his position approaching the home turn.

He was just off the pace four-wide on the turn and sustained his run, reaching the lead at 200m and fighting on strongly under the whip to score by a head from the Darren Weir trained Mrs Zeltfire.

Co-trainer Jamie Edwards said Northern Soul had matured and was more switched on this campaign.

He was placed two of his three runs in his first campaign and first-up last start just missed third place with strong finish at Warracknabeal on June 27.

Northern Soul or "Gordon" as he is affectionately known around the stables at Emsley Lodge, was bought two years ago at the Magic Millions Horses in Training Sale for $35,000 and is a half-brother to five other winners.

His dam Money Mover (hence nick-named "Gordon" after the infamous money mover Gordon Gekko in the film wall Street) is a half-sister to Group One NZ 2000 Guineas winner Danske and his grand-dam is former champion filly Our Tristalight who was a dual Oaks winner.