Win $200 in The Championships Tipping Challenge 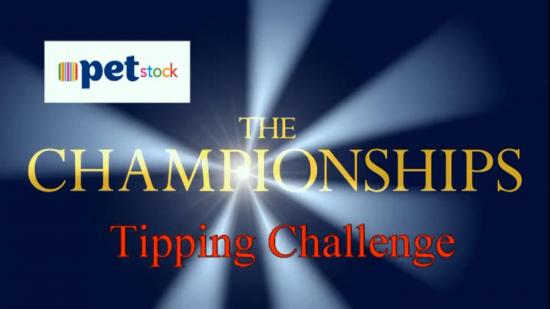 The object is to beat Peter Sandars selections and accrue the most money with a $10 win bet on your selection in each of The Championship races on Saturday April 4 and Saturday April 11.

In the event of a selection being scratched, you will be allocated the horse carrying the highest number saddlecloth in that particular race. The scratching rule applies to Peter Sandars and all tipsters.

Selections MUST be emailed no later than 11am each Saturday to emsleylodgeracing@gmail.com

Peter Sandars selections can be found on the Emsley Lodge Report video at edwardselkingtonracing.com.au

Weekly results will be posted on the video each week.