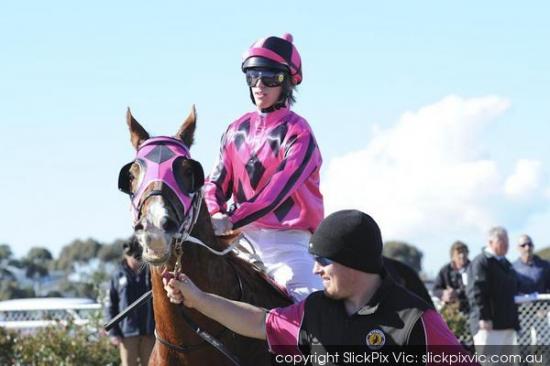 EMPIRE Of Stone’s tenacity was the most pleasing aspect of his first up performance when he scrapped out a dead-heat when resuming at Pakenham.

Having his first run since July, the five-year-old duelled for the lead throughout the race with Dashing Emma and half way up the straight seemed in trouble in the Centrebet 0-58 Handicap (1000m) on December 7.

“I thought the horse on my outside had the better of me, but to Empire of Stone’s credit he fought back and was able to dead-heat for first,” said stable apprentice Josh Cartwright who landed a double for the stable at the meeting when They Call Me Bolt also won.

Co-trainer Jamie Edwards said that the plan was always to go forward and make it a genuine speed test.

“He‘s a big, burly sort of horse but he had done plenty of work,” Jamie said.

“I really liked the way he showed so much spirit and came again after clearly looking beaten,” Jamie said.

Remarkably, Empire Of Stone took 16 starts to win his maiden at Geelong on July 9 but has now won two of his last three starts.

“We are training him purely as a sprinter this campaign and it looks like that is going to work for him.”