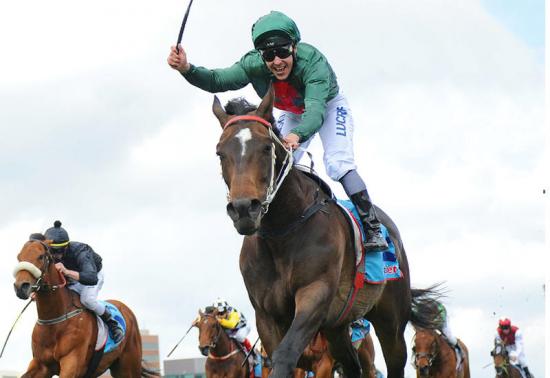 SERTORIUS has the prestigious autumn races and next year’s Caulfield and Melbourne Cup in his sights after winning the Group Two Zipping Classic at Caulfield.

The six-year-old breezed through his first test at weight-for-age in the 2400-metre Zipping with the aid of a superb ride from Ryan Maloney, and scored by two lengths from Epingle and Queenstown.

The victory made up for the disappointment of a week earlier at Flemington when Sertorius went down in a photo finish to the Bart and James Cummings-trained Precedence in the Group Three Queen Elizabeth Stakes (2600m).

Sertorius met Precedence 2.5 kg worse at weight-for-age in the Zipping and his job was made more difficult when he was slower than usual from the gates and settled back 10 lengths off the lead.

Maloney, who has been the regular partner for Sertorius, had complete faith in his mount and took inside runs throughout the race to be in a winning position on the home turn.

In the home straight Sertorius rose to the challenge and surged clear in the last 100 metres to win in convincing fashion, adding to his other 2400-metre win in last month’s Bendigo Cup.

Sertorius’ stellar spring is a resounding endorsement for Emsley Lodge, an impressive 25-hectare property at Freshwater Creek where Jamie Edwards and Bruce Elkington have trained for the last 2-1/2 years.

“It goes to show that you don’t have to have your horses trained on city tracks and that the smaller stables like us can get the job done with the right facilities and save owners on training fees,” Jamie said.

Sertorius is the reigning Geelong Racehorse of the Year and is giving owner Mike Palmer the ride of a lifetime.

The Zipping was Sertorius’ ninth win in 25 starts and took his career earnings to $802,872.

Sertorius has passed the ballot for next year's Caulfield and Melbourne Cups.

In the meantime autumn plans are being made for Sertorius with Group One targets such as Australian Cup (2000m) at Flemington The BMW at Rosehill high on the agenda along with rich innovative championship races across two consecutive Saturdays at Randwick in April.

"There is plenty of big prizemoney in Sydney, so you would be silly not to look at that,” said Jamie.