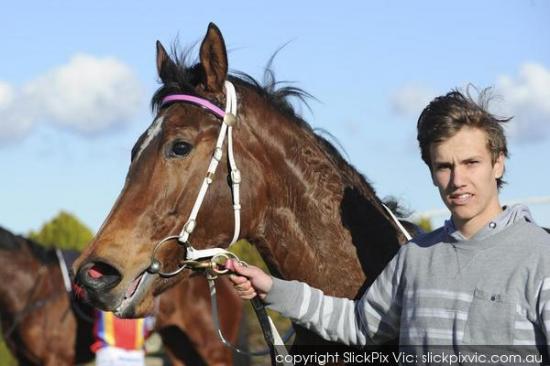 ULTRA-CONSISTENT mare They Call Me Bolt looks set for a big campaign after a stunning all the way win at Pakenham.

A lightning fast start set up a winning return to the track for the daughter of Gonski who was only 80 per cent for the 1000-metre assignment in the 3GG 531 F&M BM64 Handicap on December 7.

Mindful of her fitness level, stable apprentice Josh Cartwright steadied her a length in front early and  a half length ahead at the 600m before asking her to finish off in the straight.

Challenges came thick and fast as the line drew closer but They Call Me Bolt responded under the whip and got home in a photo finish to the delight of favourite punters who backed her at $3.30.

Valuable Star and The Blonde Alibi filled the placings on a day when They Call Me Bolt was vulnerable, not having raced since placing third at Flemington on July 20.

“She is a very fast filly but was coming back from a long spell and was 80 per cent fit,” Jamie Edwards said.

He said that he preferred to put her in a race rather than trial her after she produced “a very fast gallop” in the lead up to the Pakenham race.

“She will get a lot of benefit from that Pakenham run and we are really looking forward to see what she can do in the coming weeks.”

They Call Me Bolt has only missed a placed twice in her 13 starts, and in her nine runs for Emsley Lodge has posted three wins, four seconds and a third.

Congratulations to all involved.

Bolt is pictured with her strapper James