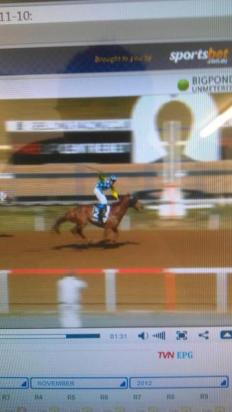 Josh Cartwright, apprentice jockey for the Edwards / Elkington stable was successful with a treble at the Ballan Cup day meeting on Saturday at Geelong.

Josh rode his treble to scoop both feature races, the Ballan Cup and the Cornerstone Stud Rosebowl.

It was Josh's most successful day on the racetrack and the treble at Geelong and 3 winners earlier in the week catapulted him to third on the apprentice jockeys premiership table.

Edwards said " Josh deserves his success. He just keeps listening and doing everything he is told."