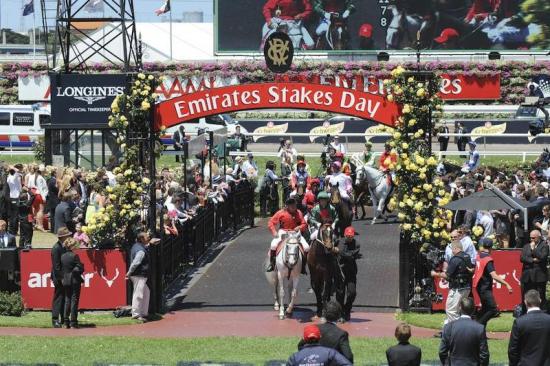 Geelong training partners Bruce Elkington and Jamie Edwards are eyeing off a possible Ballarat Cup start for Sertorius after the emerging talent notched his fifth straight win in the Antler Luggage Handicap (2000m) at Flemington.

Sertorius stamped himself as one of the stars of the spring with yet another dominant performance in Saturday’s $100,000 event to continue and undefeated preparation that began with a first-up romp at Ararat.

The son of Galileo took his winning form to Moonee Valley, Caulfield and the Sale Cup before his latest victory, which Sertorius’s first over 2000 metres this preparation to show his improvement.

Ryan Maloney continued his outstanding partnership with Sertorius in the Antler Luggage Stakes. Scratchings removed a lot of the expected pace from the race, leaving Sertorius as the early leader.

Maloney rated him perfectly up front, making sure Sertorius had plenty in hand for a finishing burst from the top of the straight. The gelding faced multiple challenges in the straight before strongly running out the 2000 metres to score by 1-1/2 lengths.

“The problem was always going to be the speed in the race and when a couple horses came out we didn’t really know what we were going to do so we completely left it up to Ryan (Maloney) and he did a great job,” Edwards said.

“That’s probably the first time he has actually led a race, he usually has a bunny to follow but it’s great to see that he is quite adaptable, it is just taking barriers out of play.

“I was worried after the first couple of races because the fence looked like it was off and you wanted to be out in the middle.

“He is just a ripper of a horse and I’m just rapt to have a horse going this wall over the carnival.”

Edwards said he and Elkington needed to decide whether to spell Sertorius or give him one more run in the Listed Ballarat Cup (2200m) on Sunday, November 25.

Sertorius earned a $60,000 winner’s cheque for his Flemington victory, which took his prizemoney tally to more than $300,000 from his 17 starts.

Congratulations to his owner – Mike Palmer.

Click here to see how Sertorius notched his fifth straight victory at Flemington.